“I Did Not Use DP Ruto’s Money to Campaign.” Migori Aspirant Eddy Oketch 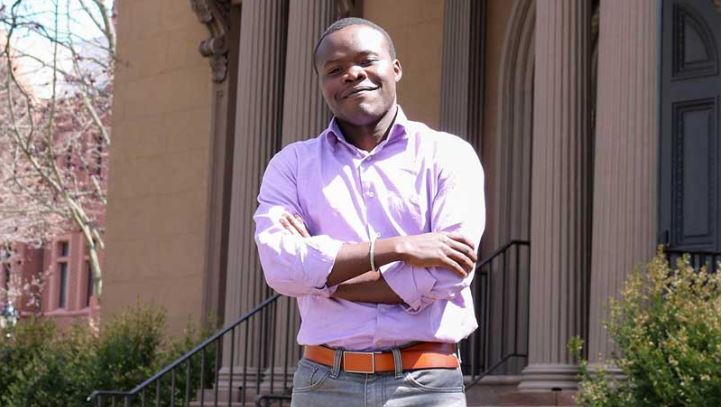 Eddy Oketch is a two-time Migori senatorial aspirant who was largely associated with DP Ruto during his campaign.

Oketch, who campaigned using helicopters and high-end vehicles, was said to be a Ruto project in the Nyanza region. Oketch, however, denies the allegations and says his campaigns were funded through a campaign kitty.

You campaigned using helicopters and several high-end vehicles, but you are barely 26. Where did you get the money?

The resources and other campaign materials that I’ve been using are purely sourced from well-wishers and the youth who are clamouring for change.

We mobilised resources from the youth who want to be represented by one of their own to champion their agenda.

Choppers are a status symbol not associated with candidates who espouse servant leadership. Why did you use them?

My race for the Migori senatorial seat during last year’s General Election, when I battled it out with the late Senator Ben Oluoch Okello and came second.

I used a chopper to traverse the county in search of votes, a move that has really been castigated by my critics from all quarters. I would like to set the record straight that my campaigns were purely funded through a campaign kitty that was created and sponsored by the youth.

It’s saddening that my opponents used a lot of propaganda to tarnish my name. The truth is that I’ve never met or been associated with the Deputy President.

Is it true you grew up in a foster home?

I lost my mother who was the sole bread winner in 2003. That death left me devastated and with nowhere to go, so I dropped out of school and resorted to menial jobs to sustain my other siblings.

It is through the struggles that I got adopted by seven different foster families that saw me through the hurdles.

Why did you run on the Federal Party of Kenya?

I settled for FPK after realising that there was no space for young people in ODM. This is because of the selective approach they took when nominating a candidate for the Senate race.

Most of us were for a democratic approach so that we elect a candidate of our choice, but this was sabotaged by direct nominations. I therefore opted for a different party.

What do you stand for as a politician?

I’ve always seen Migori County as a place where young people of my age and calibre face challenges that sometimes limit their opportunities and bar them from achieving their goals.

This has been the driving force behind my campaign for a political seat that can give me the muscle to create change.

Your key opponent, Ochillo Ayacko, received full backing from his party, including the support of party leader Raila Odinga, who spent two days campaigning in Migori. Did it bother you that your party leader Andrew Kotilila was missing in action?

The election was not about party leaders. It was basically between Eddy and Ochillo. ODM as a party has a big machinery and I know that most people viewed me as an underdog running alone.

But that to me was a non-issue. The absence of my party leader did not deter me from staying focused in my quest.

Why are you not in ODM?

ODM as a party does not offer space for young people and this was evidenced in the previous nominations for the senate by elections which was characterised by bias.

How do you explain the perception that you lost because you were fighting Hon Raila Odinga?

That perception is misleading. I was not fighting Hon Raila as most people claim. All I wanted was an opportunity to serve the electorate in the Senate. I know that Migori County is an Opposition stronghold and anyone who comes with a divergent opinion is viewed as an enemy.

Do you see any problem with the famous handshake between President Uhuru and Raila?

The basis of that handshake was to promote cohesion and unity among Kenyans. As a champion of peace and unity, I believe in and support the handshake.

It will not only enhance unity, but also promote the Big Four development agenda.

Do you think Ayacko won the elections fairly?

I don’t think so, but that is water under the bridge. We are done with elections and all I am focused on now is channelling my efforts towards the next election.

Why is Migori County a perennial election violence hot spot?

Migori County is known for political violence due to retrogressive and divisive politics played out by local politicians.

The violence witnessed in the county every electioneering period is instigated by politicians who use divisive tactics to appeal to the electorate.

In your opinion, should Governor Okoth Obado remain in office after being charged in court for the murder of Rongo University student Sharon Otieno and her unborn baby?

The death of Sharon was barbaric and a shocker to everyone. Even though Governor Obado was adversely mentioned in connection to the murder, the law should be allowed to take its course.

We should not be talking of impeachment because Obado, as far as the law is concerned, is innocent until proven otherwise.

In your view, what ails Migori County and what can you and residents of Migori do about it?

Migori County is a cosmopolitan county with diverse resources, ranging from minerals to agricultural produce.

The major problems affecting the region is bad leadership and corruption, which have derailed development projects. All that is needed is leadership that is capable of restoring unity in the county.

How can Migori County revive, sustain and make sugarcane farming an economic powerhouse?

Sony Sugar was providing economic sustenance for cane farmers in the county and entire western Kenya.

Its collapse was occasioned by delayed payments to farmers due to poor leadership. I believe the current leadership led by the new board chairman Charles Likowa will revamp the sector.

Loading...
Hilarious Meme Compilation (Monday November 19) < Previous
Hilarious Posts by Kenyans on Social Media to Take Away Those Monday Blues Next >
Recommended stories you may like: