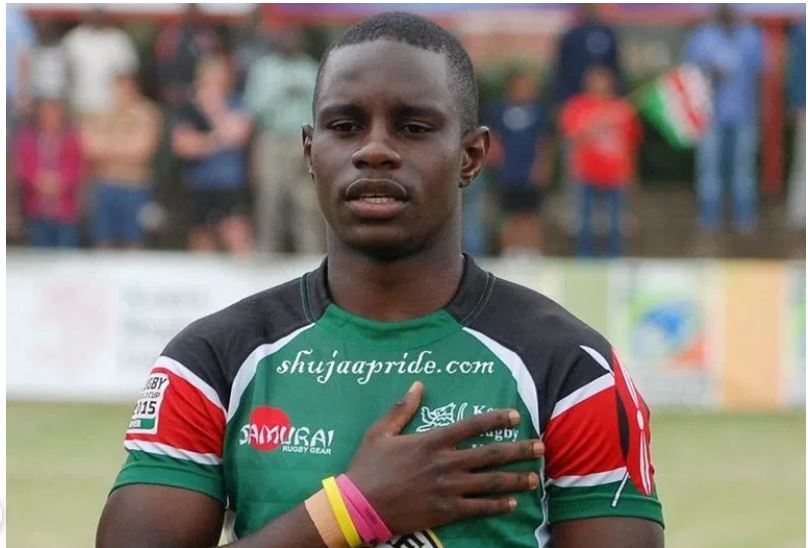 The girlfriend of Kenya Harlequins player, Lyle Asiligwa, who reportedly went missing last week only to be found at a friend’s place has spoken out.

Wanjiku “Shiko” Kinyanjui says Asiligwa left their home that Sunday evening for his workplace but was never seen or heard from until Tuesday, November 20.

“He left the house on Sunday at around 5:30 pm; he was dropping off some stuff at work,” she said, adding “But I am happy alipatikana.”

Asiligwa’s friend, Denise Baldo, who broke the news of Lyle’s whereabouts through a text, said the rugby player arrived at a house party in Loresho on Monday morning.

“We were partying at our friend Eva’s in Loresho on Sunday after a ruracio in Naivasha. Asiligwa was not part of the team that went to Naivasha, but he joined us in Loresho for drinks and food on Monday. He was invited by someone in the party,” Denise told The Nairobian.

Denise said Asiligwa was jovial and mingled freely at the party.

“Both the bride and groom were present at the party. We were about 49 people in total including Eva, the host.  Asiligwa was in good moods, he was jovial and joked a lot. I didn’t know that his phone was switched off,” she said.

Denise added, “Guys chose to hold the bash at Eva’s house because she’s the one staying closest to Nairobi from Naivasha.”

“I don’t know who Eva is; apparently she is his friend. She’s one of the many friends he has; the ones they schooled with,” Wanjiru said.

Loading...
“Some Days I Lived on Queen Cake and Soda.” Maureen Kunga Talks Campus Life < Previous
Teacher Commits Suicide after Husband Refused to Give her Money Next >
Recommended stories you may like: