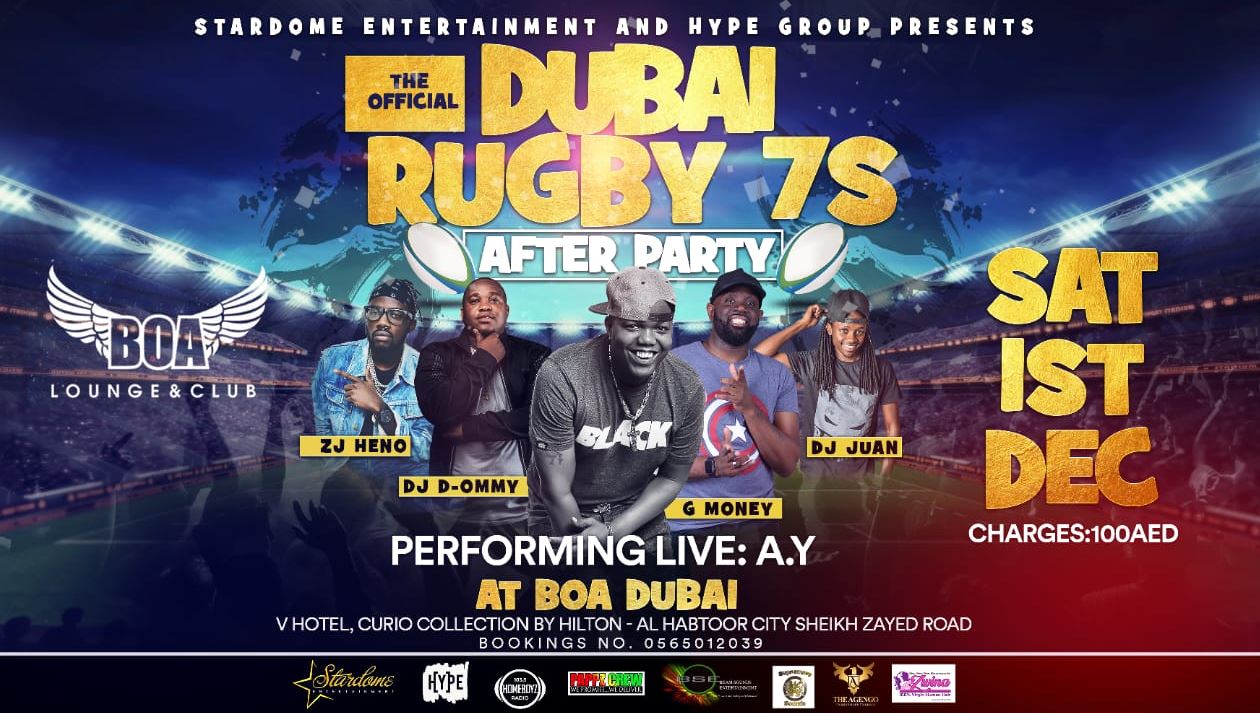 Homeboyz djs G- Money and ZJ Heno are set to play this Saturday at the official Dubai 7s after party. The two will be joined by DJ Juan of Supremacy Sounds alongside Dj Dommy.

Tanzanian rapper AY, of the Zigo fame will be crowning the event with his signature animated showcase on stage. The Dubai 7s official after party has been organized by Stardome Entertainment, Hype Group and BOA Dubai.

This year’s Dubai 7s takes place from 29 November to 1 December and is known to be the most wild of all venues in the circuit attracting over 100,000 people showing up for this carnival. This will include East Africans who will be well represented including their own official Dubai 7s after party.

The event will be hosted at hosted at BOA Dubai at an event that promises to bring the true African party vibes. Entrance is 100 AED. Doors open at 8pm

The Kenya Rugby Sevens team will be on full display grouped in pool B against Fiji, Scotland and France.

Loading...
Sheila Kwamboka Claps Back Brilliantly after being told to Wear Push Up Bra < Previous
Quit the PR and Focus on Nairobi. Sports CS Tells Off Sonko Next >
Recommended stories you may like: