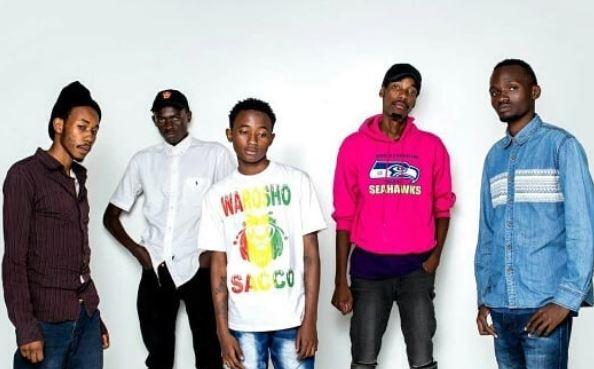 The Courts may have to come in and settle differences between fast-rising music group Ethic and its former management team.

This comes after the group’s music video for their breakout hit “Lamba Lolo” was pulled down from YouTube on Wednesday. In fact, all their music videos have since been deleted from the video-sharing platform.

According to Ethic’s music manager Mwakitele Kitawi, alias ‘Teleh Mani’ of Hype Entertainment, the videos would only be re-uploaded after the dispute has been resolved.

“The matter is headed to the courts as we have already drafted our papers so I am not in a position to say much about it until it comes to an end. But if they perform any of those songs at any concert then it would only further complicate the issue for them,” Teleh Mani told eDaily.

Their differences started back in August when Teleh Mani went on a Twitter rant saying he regrets investing and working with the crew after they refused to pay him.

He said he had been handling all their expenses from transport, recording, getting gigs and promotion through his management company Hype Group Limited since they debuted.

He also alleged that the crew comprising of budding rappers Zilla, Seska, Rekless and Swat, threatened him after he demanded his money.

Ethic would later apologize to Tele and they soon reunited. However, it seems that the truce was short-lived.

“They apologized and we took them back in. They, however, messed up again and that is why we are where we are today. I cannot say in what way that is, exactly, because like I have said it is a court matter now,” added Teleh.

Loading...
Musician Chidi Benz Causes a Fuss after Missing Out on Invite to Diamond’s Event < Previous
Kivutha Kibwana Names his Conditions to Run for Presidency in 2022 Next >
Recommended stories you may like: