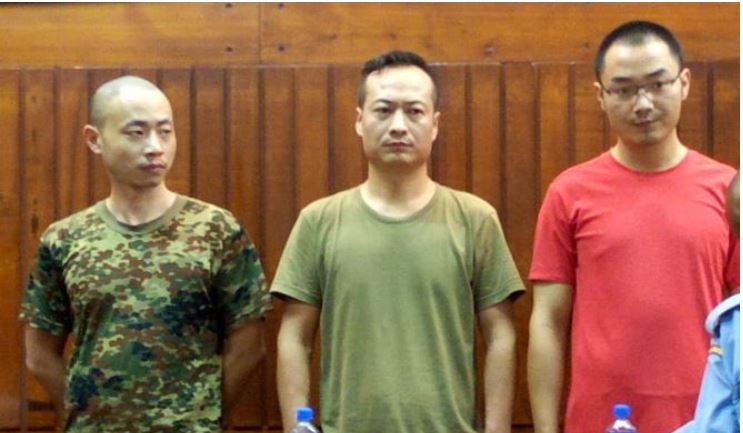 Three Chinese nationals working for the China Roads and Bridge Corporation (CRBC) were on Monday arraigned in a Mombasa court after the Director of Public Prosecutions Noordin Haji authorised their prosecution on Sunday.

They were charged with three counts of offering a bribe, denying all of them.

The court heard that on November 22, 2018, at the Standard Gauge Railway (SGR) terminus in Mombasa, Li Gen, Li Xiaowu and Sun Xin gave Investigating Officer Andrew Warui and his team a bribe of Sh500, 000 to tilt investigations in their favor.

On the second count, they were charged with bribing Investigating Officer Warui and his team with Sh200,000 on November 23 in an attempt to influence the outcome of investigations into a multi-million-shilling ticketing fraud at the Mombasa terminus.

On the third count, Li Xiaowu was charged with giving the Investigating Officer a bribe of Sh200,000 on November 23, 2018.

The suspects, through their lawyers, pleaded to be released on bail saying they had submitted their passports and travel documents to the investigating officers, hence, could not flee.

They stated that they are willing to attend all court sessions and honor all summons, as well as report to the offices of the police commander at the SGR Mombasa terminus daily.

But State prosecutor Jamie Yemina opposed their request for bail and asked Chief Magistrate Julius Nang’ea to give maximum punishment for the three.

The accused will be remanded at Port Police Station in Mombasa until November 30, when a ruling on their release will be issued.

Meanwhile, the Chinese Embassy in Kenya has sent its officers to check on the three. It further issued a statement saying it hopes Kenyan authorities will protect their legal rights.