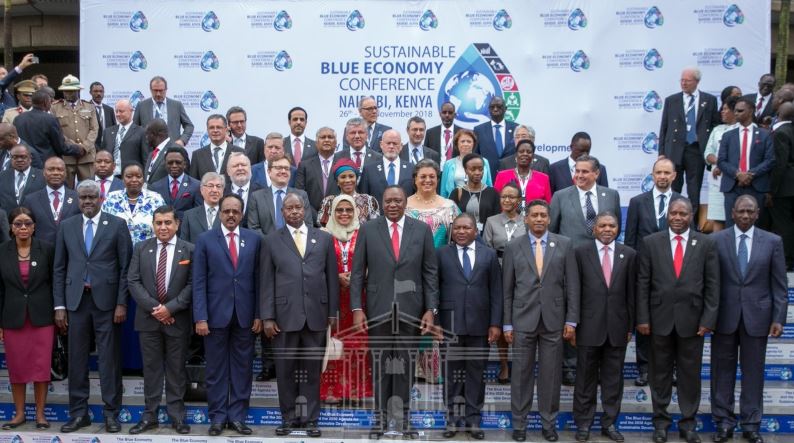 Kenya will until November 28 host the historic conference co-hosted by Canada and Japan.

At least 10 Heads of State and over 10,000 participants from across the world have registered to learn how to build a sustainable blue economy.

So, what exactly is blue economy you ask?

Blue economy is the sustainable use of oceans, lakes, seas and rivers for economic growth, improved livelihoods and creation of jobs.

“Simply put, it (Blue Economy) is the utilisation of ocean resources for human benefit in a manner that sustains the overall ocean resource base into perpetuity,” the UNDP describes blue economy on its website.

At the conference, participants will learn how to build a blue economy that, “Harnesses the potential of our oceans, seas, lakes and rivers to improve the lives of all, particularly people in developing states, women, youth and Indigenous peoples.”

Stakeholders will also seek to adopt a blue economy that “leverages the latest innovations, scientific advances and best practices to build prosperity while conserving our waters for future generations.”

The conference is expected to capture concrete commitments and practical actions that can be taken today to help the world transition to the blue economy. 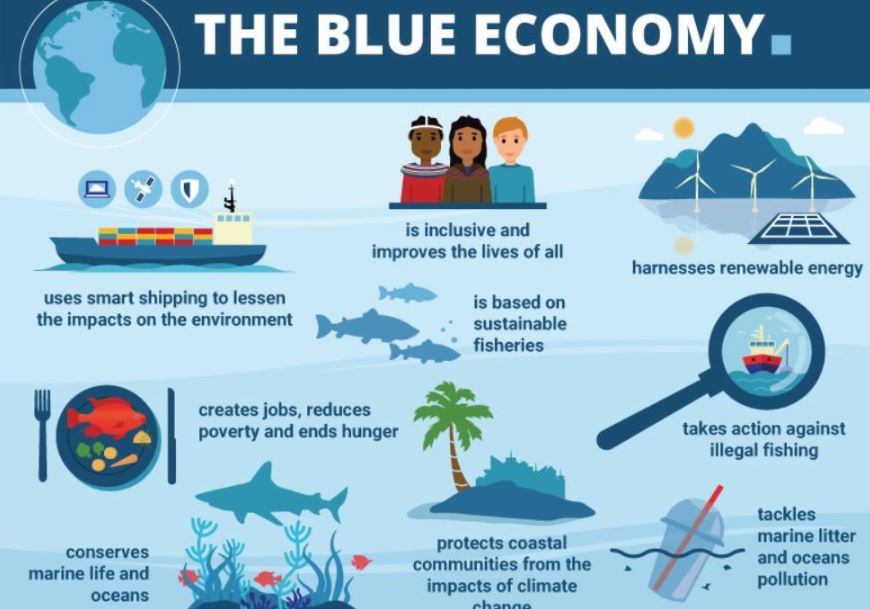 Speaking at the event President Uhuru Kenyatta said Kenya will lead from the front in the adoption of appropriate policies, strategies and mechanisms to harness the blue economy so as to re-energize national economies and create greater opportunities and jobs.

“I am convinced that for the sake of the present and future generations, and for the continued viability of our ecosystems, we have to envision a different future and, therefore, a different model for the blue economy.  I pledge to envision that future and do my part to promote it,” President Kenyatta said.

As a move towards boosting the blue economy, President Kenyatta said his Government is taking steps to build on and expand institutional governance mechanisms that are already in place to enhance coordinated management of the blue economy.

“These include the Blue Economy Implementation Standing Committee as well as State Departments for fisheries and maritime logistics and transport,” President Kenyatta said.

As part of Kenya’s efforts to revamp its blue economy, President Kenyatta last week commissioned the Liwatoni fisheries complex and jetty in Mombasa to enable docking of large fishing and patrol vessels and announced the establishment of a Fishing Corporation.

Kenya has also already ratified the Port State Measures Agreement that will ensure vessels flying the Kenyan flag comply with measures contained in that Agreement. 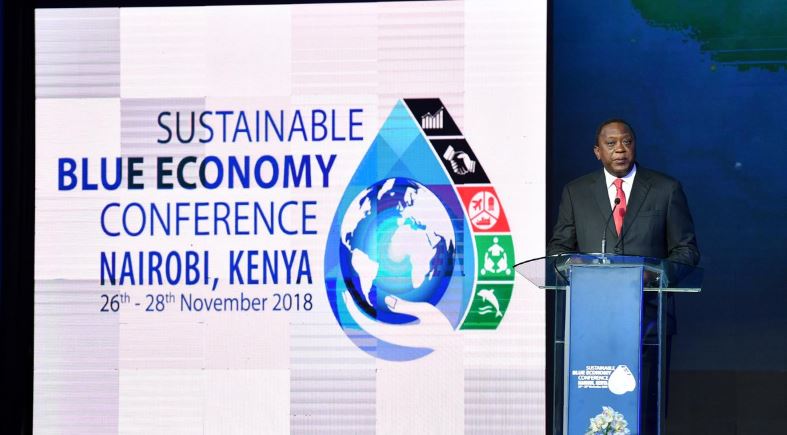 President Kenyatta last week launched the Kenya Coast Guard Service to police Kenya’s territorial waters and resources as well as ensure that the nation fully benefits from its water resources.

“We are aggressively combating illegal, unregulated and unreported fishing, and have taken measures to enhance security and safety of our collective waters,” President Kenyatta said.

The President cited the ban of single-use plastics and the adoption of a housing programme to provide decent and affordable housing in the coastal cities as part of a broad programme for greening Kenya’s cities.

Loading...
The Trending Images in Nairobi This Tuesday < Previous
Tuk Tuk Operator in Viral Video Defends Fighting Police Officers Next >
Recommended stories you may like: