Woman Drugs 35-Year-Old Son, Ties Him ‘To Prevent Him From Interacting With Village Idlers’ 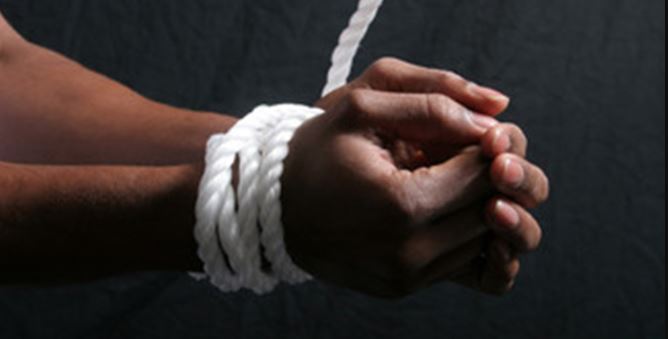 Residents of Eb’biba Village in Luanda, Vihiga County were treated to a bizarre spectacle after a woman tethered her 35-year-old son in her house in a bid to “prevent him from interacting with village idlers”.

The middle-aged woman allegedly sedated her son before tying him to a post in the house, Citizen Digital reports. The sleep-inducing drug was reportedly administered by a doctor contracted by the woman.

The woman’s son, who is yet to secure employment, holds a Bachelor’s Degree in Procurement from the Jomo Kenyatta University of Agriculture and Technology (JKUAT).

According to his mother, the man often joined other unemployed “idlers” in the village for “baseless talk” during the day before returning home in the evening.

The man said he only became aware of his mother’s actions when he regained consciousness after three days of sleep.

He said he phoned his friend who arrived at the scene and rescued him.

Loading...
Akothee Surprised With Fully Furnished Apartment For Her Kids < Previous
K24 News Anchor Eric Njoka Opens Up About Working As a Mortician Next >
Recommended stories you may like: