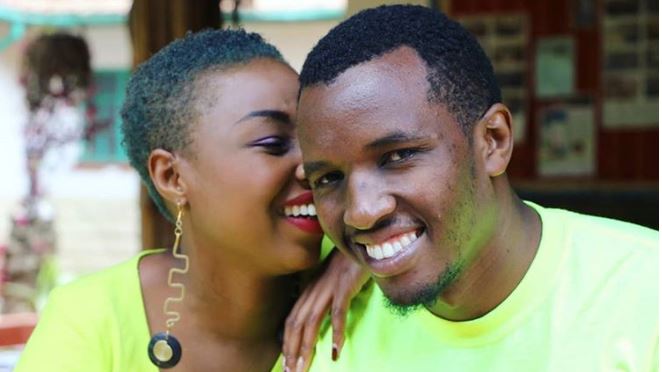 Vivian’s soon-to-be husband Sam West has revealed that the songbird turned down his suggestion for a unique and outlandish wedding ceremony.

Speaking on Citizen Television’s 10 Over 10 show over the weekend, Sam West hinted that Vivian is not a bridezilla saying that the ‘Woman in Love’ singer prefers a simple and less-flashy affair.

Sam West revealed that he had planned an outrageous hot-air balloon wedding.

“I had planned we hold our wedding in a hot-air balloon, but when I shared that thought with Vivian, she dismissed it. Instead, she says she wants her wedding held in a garden, and in a simpler fashion,” Sam West, who had accompanied Vivian told hosts Willis Raburu and Joey Muthengi.

According to Sam West, the two lovebirds will walk the aisle in early 2019.

They have been engaged since April last year when the Hero FM owner proposed to Vivian live on the ’10 Over 10′ show.

Sam West and Vivian have since held a traditional wedding ceremony that took place on March 3, 2018 at Vivian’s parents’ home in Kiserian, Kajiado County.