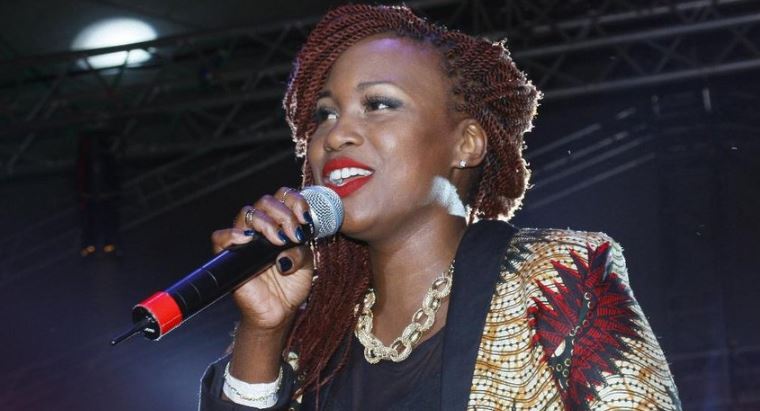 According to Pratt, she was at one time a backup singer for the popular musician who was her mentor.

“Kamaru will be greatly missed because he was a great friend of mine and a mentor who used to give me great advice as well as how to stay,” she told Word Is.

“He was a great person that I am really blessed to have met. I have a song that I am about to release titled Hakuhi Nawe which has Kikuyu, Swahili, and English in it. Kamaru has done a verse in the song, which I wrote and asked him to come vibe along.

“Previously, I have been doing backups for him and so we did an exchange in this song. He was amazing, so professional and good time manager. I can speak so much about him because he was very patient and humble and I learnt a lot from him.”

Kavi Pratt, who started singing at a young age, also opened up about her plans to launch a fashion line before year’s end.

My journey started when I was three years. My mum used to tell me that I used to sing and I loved singing but I was so shy. I also did music as a career.

“Music has been my calling but I am aspiring to have a fashion line because I have been designing some of my clothes and people have been congratulating me and so I think I will make something by the end of the year and explore.”

On what inspires her music, Kavi Pratt said: “Music is a rocky path because as an artiste you have to be very sensitive and put all your feelings and emotions in the songs you are doing.

“Trying to get yourself on the doors of the music industry is also a main challenge because they (fans) want who they want and sometimes they want who they know. You have to be confident and focused.”

The’Belong to You’ hitmaker added: “All my songs are inspired by personal experiences…if people want to know more about me listen to my music that is where I express myself.”

Loading...
Diamond’s Former Lover Claims Bongo Star is Poor in Bed < Previous
Only in Kenya: County Bans Night Clubs Ahead of National Exams Next >
Recommended stories you may like: