President Museveni Asked Kim Kardashian What her Job is 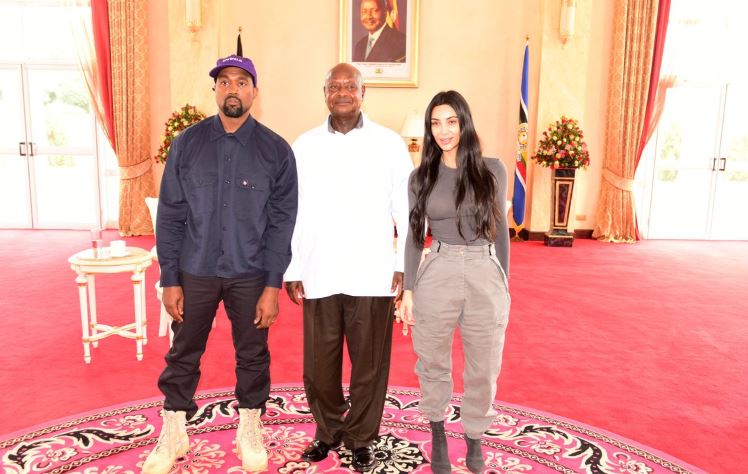 The power couple met with Museveni himuselefu on Monday, October 15 at State House Kampala. The rapper and his reality television wife arrived in the country last Friday for a private tour as Kanye taps into his African roots for his upcoming ninth studio album.

During their meeting with Museveni, the couple presented him with a pair of Yeezy sneakers.

Sources further indicate that Kanye West is most likely going to extend his trip in Uganda after talking with Museveni about tourism, telling the Head of State that he thinks the country should be like “Jurassic Park.”

“Kanye wants to get involved in creating a tourism and hospitality school for higher education,” a source told Page Six. 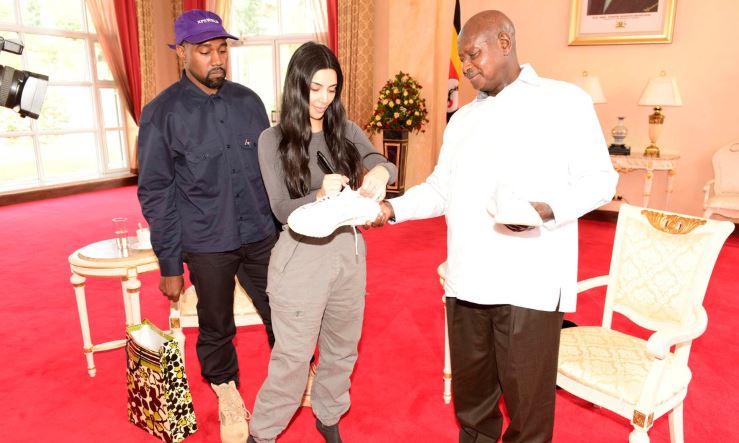 The controversial rapper has plans of building a hospitality school in Uganda.

The entertainment publication further reports that Museveni also asked Kim Kardashian about why she needed to leave early, with the reality star telling him she had to go back to work.

“The president then asked what her job is and Kim, very politely, said that she had a TV show with sisters and family, and they were all waiting for her return,” the source is quoted.

Kanye West has since set up a dome to record his new album at the Chobe Safari Lodge — with insiders saying he is thinking of adding “two additional domes for work.”

He has also set up a private gym according to his specifications and brought “healthy snacks like pistachios, almonds, kale chips, roasted chickpeas. He has also been rolling around the resort in a truck with the personalized license plate ‘K. WEST.’”

Loading...
Mohammed Dewji: How Tanzanian Billionaire was Abducted in Under 60 Seconds < Previous
The “Future of the Transport Industry” is Almost Here as Isuzu Unveils Buses for BRT System Next >
Recommended stories you may like: