Nameless Recalls His Near Death Experience 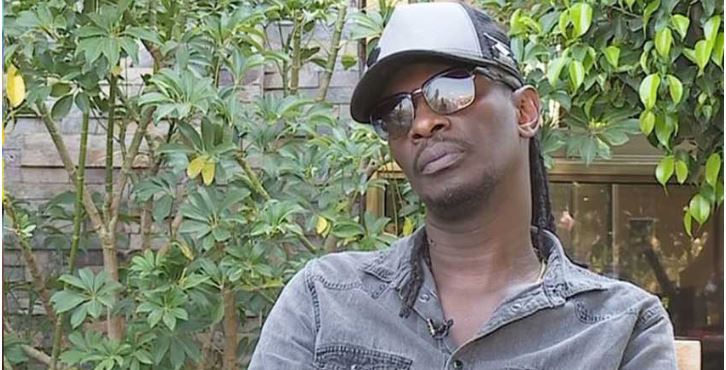 Nameless was diagnosed with a subarachnoid hemorrhage – small blood vessels in the brain had ruptured and blood had leaked into the area between the brain and tissue covering the brain.

Speaking to KTN, the ‘Inspire’ hitmaker recalled the harrowing experience: “I was in a board meeting, it was for PRISK. It was quite an intense board meeting that went on for about five or six hours. Then I started getting weird sensations in my throat. I thought if I drink water or sprite it’ll ease, I felt it creeping into my head. It was like bubbling.”

Nameless added: “I started feeling a thumping and people who were in the boardroom were like hey are you ok? I told them I am not feeling good and I need to leave. I walked down the stairs, just in that short time probably like one minute, but by the time I reached the door of my car, I could tell something was totally wrong.”

The ‘Butterfly’ singer added that he was in excruciating pain through the next thirty minutes and he felt like he was going to die.

“Every time I have been in a near death situation, my first reaction is to say No! I have been on a car accident and in this case, as I found out later, I was saying No! I am not going now! I can’t! I am not ready to go!

“So, I was holding my head like this because I remember it felt like it was going to explode and I could feel it boiling…I was like No! No! No! I am not going, I can’t go,” he narrated.

“I was at HDU for 10 days, after the 10 days I was moved to a normal ward. They were like now we have reduced some of the medicine and the blood is reducing. In total, I think I stayed for three weeks.

“The only problem for me, separate from the haemorrhage, is when I lie on the back for long I have intense pain. I have always had an issue with my back.

“Some painkillers were suppressing it and I didn’t realize it but after five days the pain surpassed the one that was already being suppressed. I had to be taken back to theatre. That developed just because of me lying horizontally for too long.”

Nameless continued: “First it made me realize that sometimes we take things too seriously and life is short.

“You stress about so many things…you know that common saying Bora Uhai? People say it like a joke, but for me, that is really what that learning was but in a different way. Are you alive, are you healthy? That is what is important…

“You don’t realize things are thick until you are in hospital… As long as you are alive, healthy, everything else is just a by the way,” he stated.

According to Nameless, he had to forego the bookings he had made for the peak months of October, November, and December that year.

“I was told by the doctor bro you just almost died, forget about work….Then it sank in, that shifted me to just relax, it was high season, I had bookings, I had to tell them no. Let me just enjoy being alive.”

Nameless hopes by sharing his experience will start conversations across the country on the life-threatening condition.

Loading...
Meet Olivia Mengich, Kenyan Entrepreneur Making African Dolls < Previous
Hilarious Posts by Kenyans on Social Media to Take Away Those Monday Blues Next >
Recommended stories you may like: