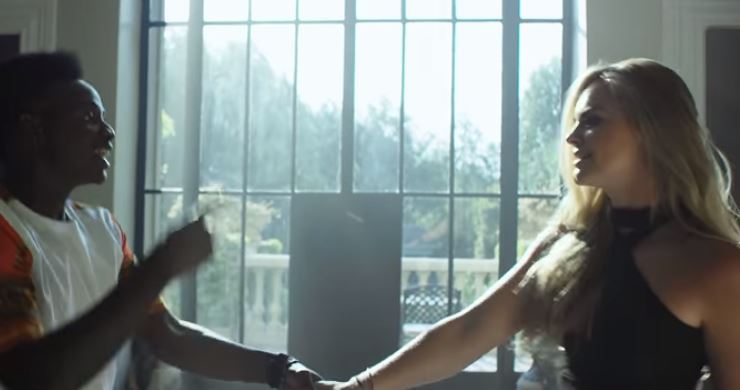 Despite having his hands full, Kenyan singer turned politician Charles Njagua alias Jaguar has found time to hit the studio and record a smash hit.

Five months after his flopped collabo with his longtime archnemesis Prezzo, the Starehe MP returns with a love jam titled ‘Nikuvishe Pete,’ Swahili for ‘Put a ring on your Finger’.

“This song is a captivating serenade that goes out to all the ladies who aspire to get engaged or married,” says Jaguar.

‘Nikuvishe Pete’ is a collabo with upcoming musician Lubisia who Jaguar met during the 2017 elections period as he was venturing into elective politics. Lubisia wrote a campaign song for Jaguar that saw him perform in a number of political rallies. They later met in studio and decided to work on a song together.

Jaguar explains: “Lubisia had written a campaign song for me and it is through this that I offered to assist him in his musical career. All has not been smooth for the young artist who dropped out of college last year due to lack of fees. Through music, I have teamed up with Main Switch to assist Lubisia establish himself as an artiste and in turn get him on a path that will enable him get back to collage to complete his Studies.”

Check out ‘Nikuvishe Pete’ below.

Loading...
The Hottest Stories on the Internet Today (Tuesday October 30) < Previous
New Music: P-Unit Taps Trina Mungai for Party Anthem ‘ME i’ Next >
Recommended stories you may like: