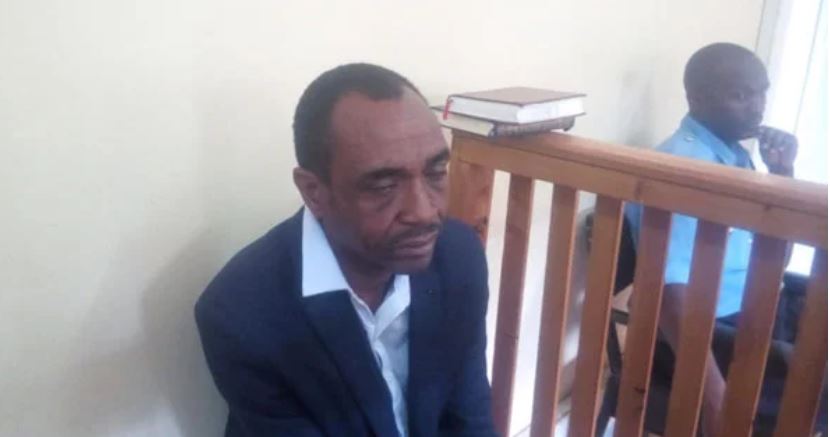 A man posing as a learned friend was Wednesday arrested during court proceedings at the Environment and Labour Relations Court in Nakuru.

Mr Isaac Kamau Nyoro, 49, had appeared at the Court on Wednesday morning purporting to have instructions to represent a client in a land matter. His false identity was discovered by lawyers who suspected his odd behaviour in court and his struggle in following the court process.

For instance, Mr Kamau claimed to be representing the “accused person” instead of the defendant as it is the case with civil suits. He is also said to have been drunk and unkempt and also referred to a document that he had drawn from his pocket.

And when the real learned friends requested to have the matter adjourned, Kamau insisted on having the case proceed despite having not filed the required documents, including the response to the petition and notice of appointment as an advocate for his two purported clients.

The lawyers, led by the secretary of Rift Valley Law Society of Kenya- Mr Samuel Opar, requested the court to confirm his qualification.

Court proceedings were interrupted for more than one and a half hours as the LSK and the Court Process Server Committee chairman Mr Gathaku Thananga tried to establish his identity on the online platform.

The search results by LSK and the Server Committee came out negative and Mr Kamau was subsequently thrown in court cell.

Upon further interrogation, Kamau claimed to be a broker in the firm of GM Njuguna and company advocates whom he said paid him a commission for every client presented.

He was later charged with impersonating a legal practitioner and slapped with Sh20,000 fine or an alternative of a one-month imprisonment after the judge found him guilty of contempt of court.

LSK official Mr Ochang Ajigo welcomed the decision by the high court saying that it should serve as a lesson to all other imposters in the profession.

“The punishment may appear minimal but it has served its purpose. I want to warn all those purporting to be advocates that we have their records and we shall be arraigning them soon,” said Ochang’ as quoted by Nation.