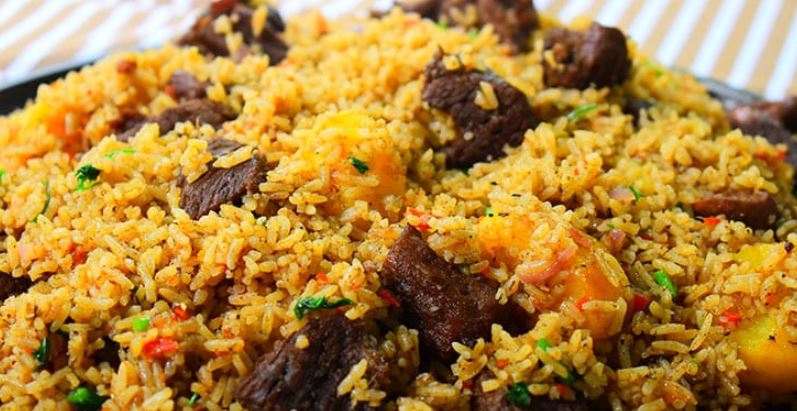 A man in Tana River County has reportedly ended his one and a half-year-old marriage over his wife’s poor culinary skills.

Mr Said Kofa is said to have divorced Ms Mariam Hiribae after she bungled his favourite Swahili dish, pilau. The Nation reports that Mr Kofa vomited after eating the pilau.

On her part, Ms Hiribae claimed that her husband has been pressuring her to cook pilau, which she had confessed several times that she’s not well conversant with the recipe.

“I have told him several times that however much I try to learn how to prepare the dish, I never achieve the desired results. I needed more time to practice preparing the meal, but he would hear none of it,” she said.

Ms Hiribae noted that in the past, she would hire someone to prepare the dish for her husband at a fee and that he would enjoy the delicacy. But on the fateful day, he insisted that he wanted his wife to prepare the meal by herself.

Ms Hiribae said she sought help from a neighbour, who gave her a recipe even as Mr Kofa watched to ensure that no one would help her.

After two hours in the kitchen, Ms Hiribae was convinced that she had done her best work.

“I took my time to prepare that dish. I tasted it before serving, and it was okay. That was the best I ever did as a learner,” she said.

However, all hell broke loose after the husband started eating the dish. According to Ms Hiribae, Kofa ran to the washrooms while coughing and spit out the food.

She got scared and followed him to find out what the problem was only to be slapped by Mr Kofa, who accused her of trying to kill him.

“He has never even pointed a finger at me, but when he lay his hands on me and accused me of wanting to kill him with a lot of spices in food, I got angry and hit him on the head with a stool,” she narrated.

With blood oozing from his head, Mr Kofa reportedly went to his in-laws and told them to pick their “violent daughter” as he went to a hospital.

Hiribae also went to her in-laws and explained what had transpired, but they accused her of being arrogant, dressing indecently and being unfaithful.

“I was shocked to hear what my husband has been telling his mother about me,” said Ms Hiribae.

The next day, Mr Kofa returned home alongside his sister and served Ms Hiribae with a divorce “talaka” as outlined in the Islamic laws.

“I came back home in pain. I still don’t understand why he reacted this way. I loved him. We were happy and I never thought pilau would get us here,” she said.

When reached for a comment, Mr Kofa claimed childlessness was another reason for dissolving the union.

“I owe no one an explanation for decisions I make in my life. It doesn’t concern you. Are you married? Do you have a child? How long can you live in a marriage without a child and a wife who can’t cook?” He asked furiously.

Sources in the village, however, told Nation that Mr Kofa could be seeing another woman chosen by his mother, and she was already pregnant, hence the divorce was just engineered to pave way for the two to get married.

Loading...
The Trending Images This Thursday < Previous
Bill Proposes Big Cash Rewards for Whistleblowers in War on Graft Next >
Recommended stories you may like: