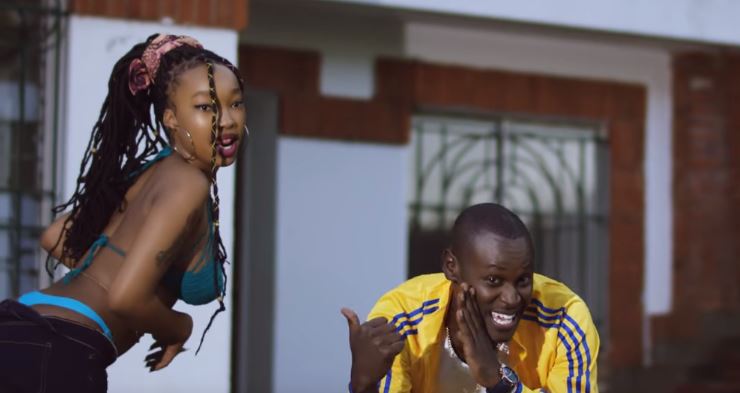 High-flying Kenyan rapper King Kaka has finally unveiled the visuals for his party anthem, Dundaing, and they are sizzling hot.

‘Dundaing’, sheng for partying, is the first single off King Kaka’s forthcoming album, Eastlando Royalty. The album launch is scheduled for November 30th.

King Kaka’s first single, ‘Dundaing’, is assisted by Kenya’s King of Collabos, Kristoff, and talented beatmaker Magix Enga, who was behind its production.

The song’s video is directed by Joowze and features a bevy of nude beauties that will keep you glued to your screens.

Loading...
The Hottest Stories on the Internet Today (Thursday October 25) < Previous
A Couple in Paris Thought Victoria Kimani was Nicki Minaj Then this Happened – PHOTO Next >
Recommended stories you may like: