Kenya’s Risk of Defaulting on Debts has Increased, Warns IMF 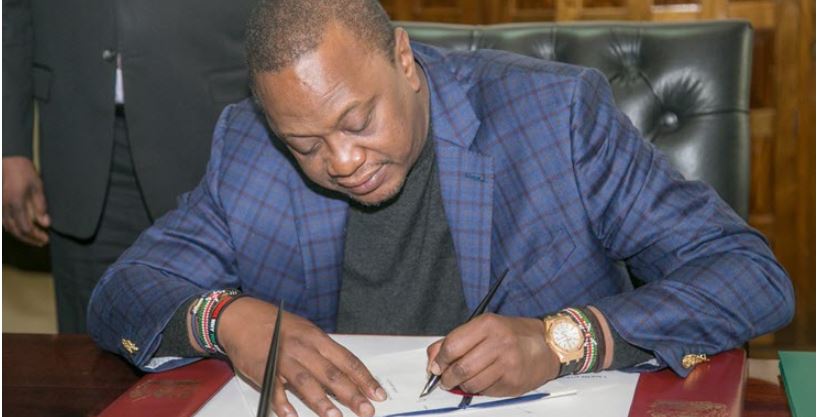 The country’s risk of defaulting on loan repayments has risen from low to moderate, the International Monetary Fund (IMF) has said.

According to the Washington-based lender, this has been occasioned by the government’s public investment drive and revenue shortfalls in recent years.

IMF forecasts that Kenya’s total public debt will peak at 63.2 percent of gross domestic product this year and gradually decline over the medium term. This compares with 58 percent in 2017 and 53.2 percent in 2016, when the nation ramped up infrastructure projects.

“The higher level of debt, together with rising reliance on non-concessional borrowing, have raised fiscal vulnerabilities and increased interest payments on public debt to nearly one fifth of revenue, placing Kenya in the top quartile among its peers”, the IMF said in an emailed statement on Tuesday.

The IMF recommended Kenya’s Treasury to refinance debt using concessional loans to lengthen maturities in the coming year and limit commercial credit for projects with high social and economic returns.

The lender also urged the central bank to allow “greater exchange-rate flexibility,” given well-anchored inflation expectations and adequate reserves, saying this would boost the shilling’s role as a potential shock absorber.

The IMF reclassified the shilling from “floating” to “other managed arrangement” to reflect the currency’s limited movement due to periodic central bank interventions. The currency, which has the fourth-best performance globally, is also overvalued by about 17.5 percent, it said.

The central bank reiterated its position on the shilling’s value, saying the currency reflects its true and fundamental value.

“Our calculations support the view that there is no fundamental misalignment reflected in our exchange rate,” it said as quoted by Bloomberg.

Loading...
Why Okoth Obado Spent Another Night in Remand Despite Depositing Sh5 Million Bail < Previous
Hilarious Meme Compilation (Thursday October 24) Next >
Recommended stories you may like: