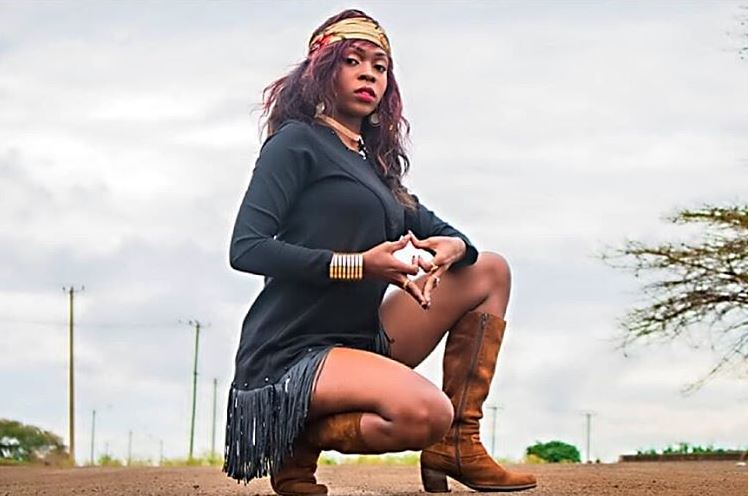 She quit her job as a marketer to take on music full-time in 2014, after less than two years on the job. Black Heart is currently signed to Half Live Productions is also part of one of the best Reggae bands in Kenya, Sojourners Reggae Band.

Known for hits such as ‘Situation’ and ‘Gimme Love’, Black Hearts says her mission is to spread positive vibes through her music.

She spoke to Buzz about her music career.

You started out with hip-hop and R&B, why switch to reggae and dancehall?

I was searching for a sound that suited me. Plus, I also love the reggae genre more than R&B. Everybody loves the teachings and positive vibes that come with reggae music.

I’m inspired by real-life experiences of people and things around me.

Were you always into music?

I grew up in a musical family in Maringo Estate, Nairobi.

My dad’s name is Rawago; and while in high school, my two sisters and I formed a music group called Ragos Sisters – named after our dad.

We would do contemporary music with teachings. I was also in the school and church choirs. After high school, the group split because we all got jobs.

Are you still in the church choir?

I left the choir in 2012 due to church politics. I used to be a praise and worship leader for two years after I completed high school and would even preach to people.

I had moved out of my parent’s house and got a job in a restaurant that had a bar. Some of the congregants found out about this, and word reached the pastor.

They stopped me from participating because I was “putting myself in the way of temptation through my work”.

Don’t judge me if your blood cannot wash away my sins, nobody’s perfect in this world. I still go to the church on occasion because my family still attends it.

Why did you quit your job to pursue music?

Even while working, I was writing songs and had earphones on many times. I was also performing with a band during the weekend, which made happier than I was during the week while on the job.

I decided to follow my heart rather than sticking to a job that I felt wasn’t adding value to my life, despite what everyone else thought.

Did you find it difficult coming from a religious background and going into entertainment?

Being the last born in a family of eight girls and growing up in Nairobi, there was nothing I hadn’t heard or seen. Our father also counselled us about boys and sex when were adolescents.

How were you earning a living after quitting marketing?

Our band used to perform during the weekends at a restaurant in Nairobi, fortnightly in Naivasha, and once in a while at a five-star hotel in town would also have us on.

I left the band in 2016, because the gigs stopped being consistent.

I was also looking to get signed as an artiste. The producers, however, kept trying to make me sound and look like someone else. So I kept switching studios without recording. 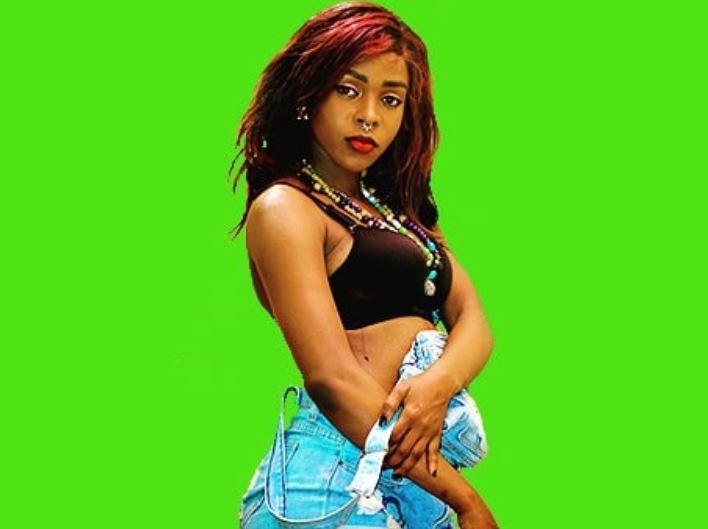 Did you get signed?

I met my current producer, Chao from Half Live Production, who said he saw something in me and wanted to work with me.

After six months of hesitation I agreed and told him I just wanted people to love me as a bubbly, energetic Caribbean vibe artiste.

Why would Lydia Mariam Otieno choose Black Heart for a stage name?

It’s just about being proud of where you come from and your ethnicity; we have to be culture custodians.

People assume that I’m talking about devil worshipping or dark-spirited. I just wear a wig as an accessory, but I have dreadlocks underneath.

What made “Situation” different from the three songs you had released before?

After releasing the audio to “Pare Hare”, we couldn’t do the video to the song which I felt was a setback.

Besides music, other things were also not going well in my life then; too much negative energy that almost had me giving up. But my morning did come, and God opened doors, and windows, and everything fell back in place.

Everybody goes through issues at one point or another. My message was “no situation is permanent”.

We had just finished recording another song with Zj Mhat and I told him we should write a song about life and that’s how it came about.

You have the strength to push on, even seeds grow after being buried.

How has your situation changed since the song’s release?

Deejays are now asking for my three-piece (vocal only, beats only, and the track with both vocals and beats) to all my other tracks. I have been doing a lot of media tours too.

What do you foresee for yourself in the next one year?

Being at least a known artiste in Nairobi, Meru and other reggae-loving region of Kenya, if not the entire country.

Already, I’ve had a massive reception in Kisumu where I made a club appearance. “Give Me Love”, my first track, is a crowd favourite and they sing it from beginning to end.

I wasn’t even supposed to perform; I ended up having to because of the love I felt from them.

Advice to up and comers?

Know what you want out of this music industry: fame, passion or riches.

Whatever it is, never give up and follow your heart; only you can take yourself to the top. See yourself as the star you want to be.

I am still growing by the grace of God.

Loading...
The Hottest Stories on the Internet Today (Monday October 15) < Previous
Everything You Need to Know About Video Director X Antonio Next >
Recommended stories you may like: