Everything You Need to Know About Video Director X Antonio 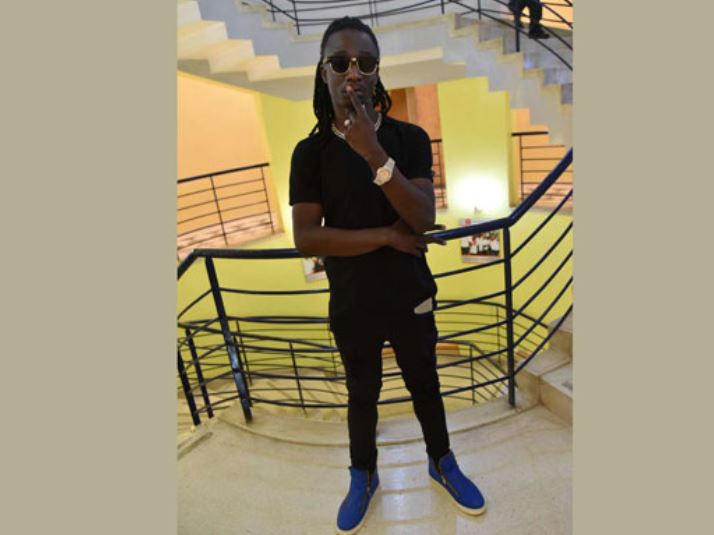 Anthony Simiyu, who is best known by his alias X Antonio, has been coloring the entertainment scene with breathtaking music videos for some of the top music acts in the region.

X Antonio, who doubles up as a singer, ventured into music after dropping out of school for lack of fees.

He shared his story with Nation.

Tell us about your family background.

I’m the third born in a family of seven. I grew up in Mumias but my parents were not very well off financially so I was forced to drop out of school in Form Three so that my siblings go to school without difficulties. I was studying at Kibabii High School then.

When did your passion for music begin?

I decided to take up music as the only hope after my school life hit a snag. My elder brother had a computer, which had a few audio production software on it, and I had basics in playing the piano.

My dad retired from Mumias Sugar Company and we had to move to Bungoma. After training for a while, my career as an audio producer kicked off.

How was it starting off?

Things were thick; my clients were young, budding artistes who didn’t even have the money to start off their careers. I ended up charging between Sh500 and Sh1, 000 just to keep my clients.

I never owned a studio so I had to squeeze my meagre earnings to pay the studio owner about Sh2,000 per session. I was making almost nothing. I also couldn’t afford a mobile phone so artistes had to come looking for me at home.

Which artistes did you work with as an audio producer?

I worked with Mr. Nice, Naiboi, Willy Paul and Timmy T Dat, among others.

When was the idea of directing music videos born?

While working on an audio by some artistes from Bungoma, I felt that I could also do the video.

So, we hired a digital single lens reflex camera from a friend and did my first video; which turned out to be great. From there, I began producing both audio and video projects.

Why move from Bungoma to Nairobi?

I first moved to Eldoret to work in a studio I had been referred to. I moved with very little to start life in Eldoret.

One day, Gooya Martins visited Eldoret for Bishop Ben Bahati’s concert. That’s when he recognised my flair and invited me to work in his studio in Nairobi’s Fedha Estate.

When did you fully switch to video directing?

While working at Gooya’s studio, he acquired a RED camera. I developed more interest to learn filming on my own, taking my time to grasp the nitty-gritties to start off.

I dropped the audio production career due to the pressure of balancing both; they need a lot of attention.

You were a musician too; did you drop that as well?

That I direct music videos is a clear indicator that I can’t drop my passion for music. But I’ve decided to give more time to video directing and eventually get back to singing.

I produced “Opportunity” by Falenzy, while also featuring as an artiste, then directed its video. It was too much pressure.

How did International Textures come about?

Growth is inevitable and when time came to stand on my own, I started my own company, International Textures, because most people said my filming was of international standards.

What was the first video produced by International Textures?

It was “Nifunze” by Janet Otieno. It was my breakthrough project, even receiving international applause from Sadat Muhindi.

He called me from Dubai and booked me to do “Olalo” by Papa Dennis and Rigan Sarkozi. On seeing the “Olalo” video, The Kansoul then called me to shoot “No Woman No Party”.

Shouldn’t producers, like artistes, choose a side – gospel or secular?

Not really. I think faith is personal and should not be translated to work. Directing both secular and gospel videos is just a profession like any other.

What is the difference between video and audio productions?

During audio recording sessions you mostly get to interact with the artiste alone unlike video production where you travel a lot, meet new people, get exposure and even get to learn from the cadre of persons you interact with on a regular basis.

What’s your opinion on Kenyan producers being sidelined in most award ceremonies.?

I think this has been fuelled by awards stakeholders and pioneers not having a clear outlook of what it takes to get an artiste’s work out there. If they only knew our input is higher and more tasking than that of the artistes, then they would consider acknowledging our work.

I believe that in God’s timing I will receive awards as people across Africa now appreciate my work.

Mention some of the artistes you’ve worked with recently.

Do you have a favourite?

They are all great artistes to work with, but I would say Bassil Vishindo is my favourite artiste; he effortlessly takes directions positively.

Your favourite camera and why?

RED Dragon because it has real texture.

Which artiste do you desire to work with?

Diamond Platnumz is any video director’s dream. He’s such a worker bee and provides everything you need for a video shoot.

Anything you wish you knew before you started off in your career?

I wish I had perfected my art in colour grading. My mentor, Mr Moe Musa from Nigeria, taught it to me in detail.

The future of International Textures?

I envision it to be an empire providing employment to many passionate directors, and a platform to many artistes. We have also started working towards movie production.

A video director you find most unprofessional?

(Laughs) I have several in mind but I don’t want trouble.

I’m in a serious relationship.

Do you have a favourite among your videos?

How is Otile Brown?

I find him humble and very hard working.

Your must-have in a video shoot?

Lights; whether outdoors or indoors.

Loading...
From Marketing to Music Full-Time: Meet Reggae/Dancehall Songstress Black Heart < Previous
I Was Hospitalised For Two Weeks After Giving Birth. Janet Mbugua Opens Up Next >
Recommended stories you may like: