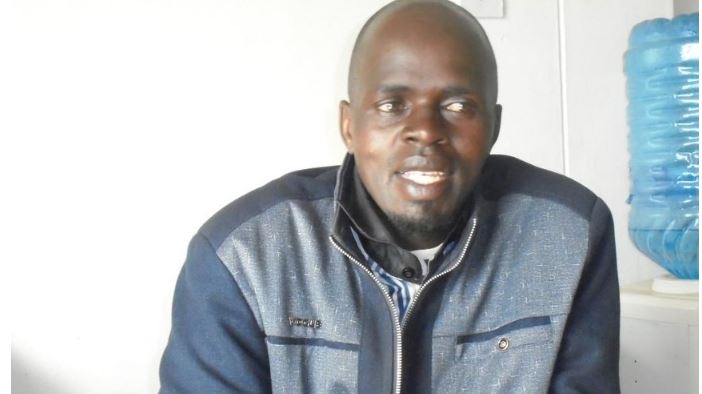 Former KANU Chairman and retired politician Jackson Kibor has been accused of eloping with the wife of a 38-year-old man in Eldoret.

The distraught man, Isaac Kosgey, has recorded a statement with the police in Eldoret on OB No. 56 saying the wealthy eloped with his wife of 17 years under unclear circumstances.

The man’s 30-year-old wife, Mercy Jepkemboi Sultan, has been missing for the two weeks. She reportedly left with their two children.

According to Kosgey, an Equator flower farm worker, Kibor has been frolicking with his wife for about two months.

“Kibor’s relationship with my wife started two months ago and I suspect they met at her workplace,” Kosgey said as quoted by the Star.

Mercy Sultan works at a shop dealing with herbal medicine where Kibor has reportedly been frequenting.

Kosgey claims that his wife, days before her disappearance, had refused to be dropped at her workplace using their motorcycle as usual.

“I have been routinely dropping my wife to her workplace every morning and picking her up in the evening with my motorbike before she told me my services were no longer needed.”

However, Kibor, a prominent farmer in Uasin Githu, denies these allegations but admitted that he knows Mercy.

“Yes, I know her and I once gave a lift just like any other friends whom I know,” he said.

“I am a family man who cannot move with someone’s wife. Let Kosgei stop tarnishing my name as I even don’t know him in the first place.”

Kibor added: “He should stop making such claims. Let him search for his wife and children.”

According to Kibor, it was raining heavily on the day he offered Kosgey’s wife a lift and she wasn’t alone.

“She was in the company of other people. I had no other motive.”

Kosgey now wants Kibor to keep his wife but return to him his 12 and 6-year-old girls.

“The children have been missing school for some time and I need them back,” the jilted man said.

He regretted that his children did not sit the end of term examinations, hence, may not advance to the next class.

Contacted over the allegations, Mercy said her husband was an insecure and lazy man who could not provide for the family and spent most of his time spying on her.

“He has not even paid dowry to our home. It is sad that he cannot allow me to talk to anyone and has habit of checking my phone to see who I talk with. Kibor is our client and he just dropped me that day because we had closed shop and were going to the same direction,” she said.

Loading...
“Diamond Would Slash My Salary for Arriving Late Due to Traffic.” Claims Mwarabu Fighter < Previous
Dennis Itumbi Speaks on Jacque Maribe’s Friendship with Eric Omondi Next >
Recommended stories you may like: