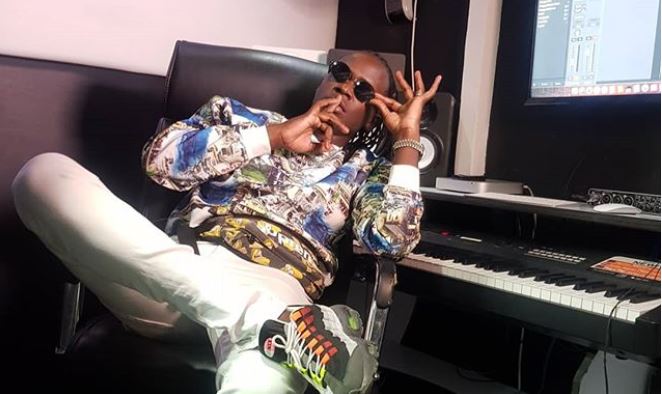 We can’t say we are surprised. Controversial music act Willy Paul is now following in Bahati’s footsteps by launching his own reality television show.

The two hitmakers, who have always pulled stunts synonymous with each other, are now set to go head to head in the world of reality television.

Bahati has since had a decent headstart following the launch of ‘Being Bahati’ about three months ago. The popular show, which airs on NTV, has also earned its first nomination as the Best TV show in the Kalasha Awards.

As Bahati waits for the awards slated for 24, November 2018, his perceived longtime riaval Willy Paul has announced his upcoming reality show dubbed ‘The Pozze Way.’

According to Willy Paul, the show “is all about music, money & Drama, but above all God Over Everything.”

While he did not reveal more details about the show, Willy Paul posted on his Insta a teaser of what viewers can expect from the ‘Pozze Way.’

The announcement was, however, met with mixed reactions with a majority accusing Willy Paul of being a copycat.

“Why can’t you people come up with something new..COPY PASTING…COPY PASTING …so boring,” one IG user wrote.

Another added: “Be you. Don’t copy bahati.” Another asked: “kwani mnacopypiana na Bahati?”

While another commented: “Copy Cat ??.. Throw the whole gospel industry away [email protected] come for your stupid brother.”

Another commenter wrote: “Gosh… Please stop copying Bahati. If it’s competition do something different and better ?.”

Here’s a teaser of the show.

It’s all about Music,Money & Drama ,but above all God Over Everything.My new reality Tv show #ThePozzeWay #254UrbanLife