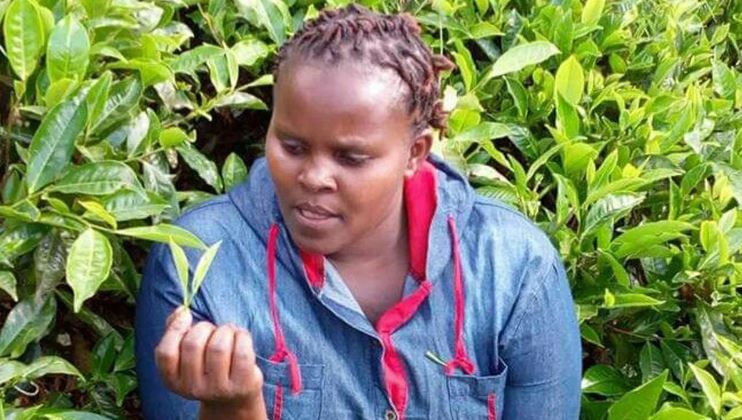 Kamuiru village of Kiharu Constituency in Murang’a County has been left in shock and disbelief following the discovery of the body of a slain woman in her boyfriend’s house.

The lifeless body of Judy Wanjiru Gacheru, a 32-year-old mother of two, was found lying on a bed that she once shared with her lover who has since gone missing.

The discovery was made after a pungent smell emanating from the suspect’s house aroused suspicious from members of the public. They informed the area chief who then called in police officers.

Murang’a East OCPD Janet Wasige said the officers recovered a machete at the scene, which they believe to be the murder weapon.

“The main suspect is a well-known man and we hope that we shall have no difficulties in tracing him. The suspect and the deceased were last seen together on Monday taking beer at Mid-Way bar in Maragua town,” the police boss said.

“We suspect that the deceased was killed the same night as her body was not fresh and had an odour,” she added.

Preliminary investigations point to the possibility that the killer bludgeoned the deceased with a hammer before slitting her throat using the machete.

Villagers who spoke to the Nation said the two lovers were often spotted hanging out together. The man operated aboda-bodaa at Mukuyu market while the woman was a barmaid in Maragua.

“We are shocked by the killing of this very jovial woman,” a woman who did not wish to be identified told the Nation.

Loading...
“Traffic Cop Stopped Me and Started Hitting on Me.” Kenyan Songbird Recalls < Previous
Madame President Kingwa Kamencu Unveils ‘Kenya Sex Party’ Ahead of 2022 Next >
Recommended stories you may like: