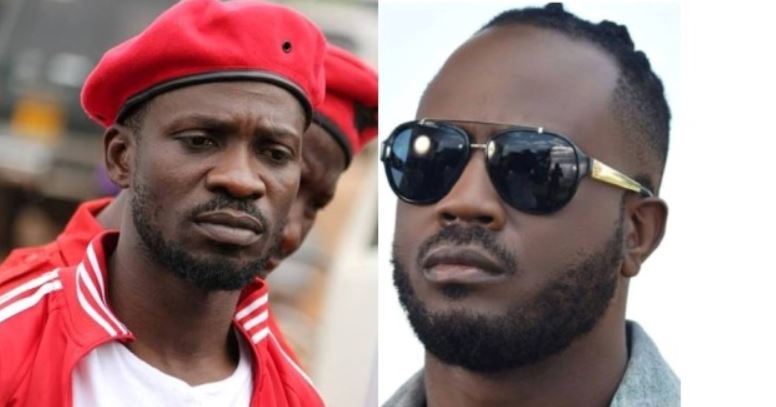 Ugandan artiste-cum-lawmaker Bobi Wine has hit out at fellow artiste Bebe Cool for claiming that the Kyaddondo East MP faked the injuries sustained while in detention.

“I disagree with violence, I do not agree with torture. The media, NTV, you have cameras. Watching this young man (Bobi Wine) getting onto the car after court, he held the car with one arm and raised the other arm with the crutches. What was down here? Was he in the air or standing on his feet?” he posed.

Bebe Cool added: “Media, you look at a man wearing the heaviest shoe in life, one that even people who are not sick cannot move freely with. It’s because it is too heavy and media still don’t analyse that.”

But Bobi Wine, speaking during his recent visit of Kenya, advised Bebe Cool to use his voice better.

“Bebe cool is Ugandan like me, a father to his kids like me. He is still in the country that we are trying to fix. It is the taxpayer’s money that is being ditched in huge sums. I get disappointed because the people who made him are the same [people] he is fighting. I only hope that one day, he will realise and learn to use his voice well. I pray that he realises he can use it better.”

Bobi Wine also opened up about how his arrest and detention affected his family.

“My children were so happy to see me but at the same time my daughters cried so much when they saw me,  but I told them to be strong, there will be happier days in future,” Wine was quoted.

“We always thought that by this age we will be happy. We worked so hard in our youth so that later on we get a good life, because we never enjoyed our youth. We achieved but when we got here, we looked outside and realised there is a huge responsibility that we could not run away from.

“My wife is not very okay but she is very supportive. She has never told me to quit because she understands it is not about me. She is alive for the fact that it is for the people who got us where we are today.”