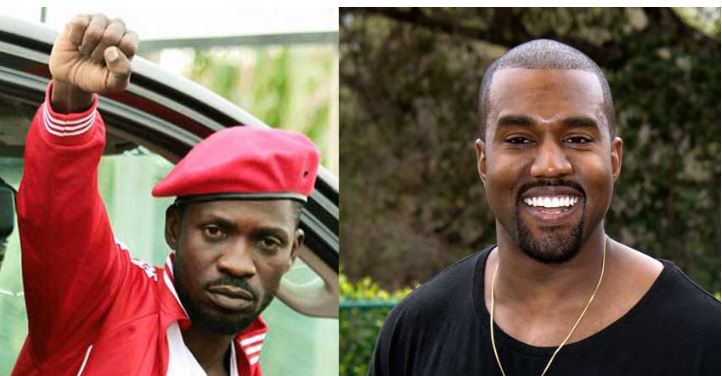 Ugandan artiste-cum-lawmaker Bobi Wine has hit out at rapper Kanye West for his meeting with President Yoweri Museveni.

The American rapper and his wife Kim Kardashian West met with the Ugandan leader at State House, Entebbe, last week.

Speaking out against the meetup, Bobi Wine termed it immoral.

“West is hobnobbing with a President who has been in power now for 32 years and restricts any freedom, a country where opposition activists are tortured and imprisoned,” Wine lamented.

According to the Kyaddondo East MP, Kanye West should have used his voice and influence to address the injustices facing African people.

“It would have been great if he had used his voice for the good of [the] people in Africa. I’m a musician but I am not allowed to stage a show in my own country because I disagree with the President. It is very disappointing,” said Bobi Wine.

This comes days after the revolutionary leader called out his fellow Ugandan artiste Bebe Cool for claiming that Bobi Wine faked his injuries.

“Bebe cool is Ugandan like me, a father to his kids like me. He is still in the country that we are trying to fix. It is the taxpayer’s money that is being ditched in huge sums. I get disappointed because the people who made him are the same [people] he is fighting. I only hope that one day, he will realise and learn to use his voice well. I pray that he realises he can use it better,” said Bobi Wine.

A collabo between Kanye West and Bebe Cool is said to be in the offing. This after Kanye West responded to Bebe Cool’s online call that he would want them to work on a collaboration. “Yes, yes we will work on it,” Kanye posted.

Loading...
Watch: Wahu is Back With a New Song About the “Awesome Goodness of God” < Previous
Diamond’s Former Lover Claims Bongo Star is Poor in Bed Next >
Recommended stories you may like: