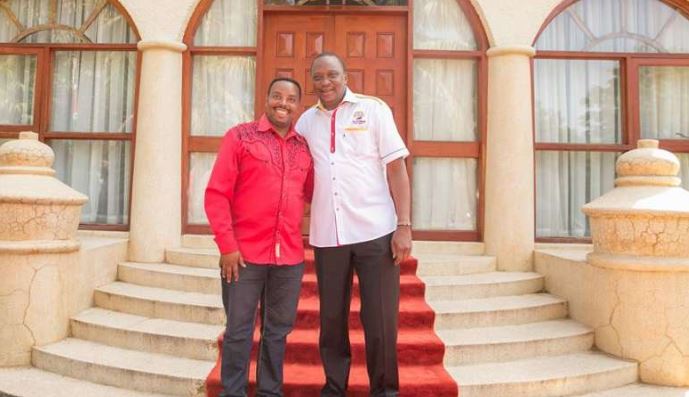 A meeting between President Uhuru Kenyatta and Central Kenyan musicians that was slated for Tuesday 16, October 2018 failed to materialise because of divisions among the artistes over who would be included.

The head of state had promised to meet the musicians during last week’s burial of musician Joseph Kamaru after a plea by nominated MP Maina Kamanda through gospel artiste Ben Githae.

Top on the agenda of the meeting was how President Uhuru could help them improve their living standards.

Speaking on the reasons why the meeting failed, Githae said: “I lost control of arranging the meeting because they all wanted to be included in the list. They formed social media groups with different members, saying I should not speak on their behalf because I am not the chairperson. All that noise was extended to Facebook.”

He noted that it is not the first time such divisions have emerged among them.

“Even if he (Uhuru) calls the pastors from Central Kenya, they will still fight. There was a time he called wazees and they divided themselves,” he said.

“I asked the President to meet us and gave out our agenda, although initially it was not my idea. We had discussed as the committee because the opportunity we would be given to speak during the burial was limited, we would not have gotten a chance to speak. It was also not right to speak about our grievances at a burial.”

The popular singer, who was a committee member in Kamaru’s burial, said after Uhuru agreed to meet them, one faction sidelined themselves from the rest.

“Even before the burial was over, different artistes started forming groups in regard to the meeting. They all wanted to be present,” Ben Githae added.

What was the cause of the divisions?

“There are elections of the Music Copyright Society of Kenya going on, and artistes are fighting against each other because of the positions,” Githae said.

“One of the CMO’s directors paid for a hall at Blue Springs Hotel so they could meet all the artistes planning to meet the President. I also attended, and after I left, they planned on how they would all meet at Uhuru Park on the said day and head to State House.

“That is why the national government postponed the meeting between Uhuru and the musicians, asking to allow for adequate preparations.”

Loading...
PHOTOS – Betty Kyallo Meets The Royals, Obama, James Bond, Iron Man in London < Previous
Jacque Maribe is Happy Because the Truth Will Prevail, Says Dennis Itumbi Next >
Recommended stories you may like: