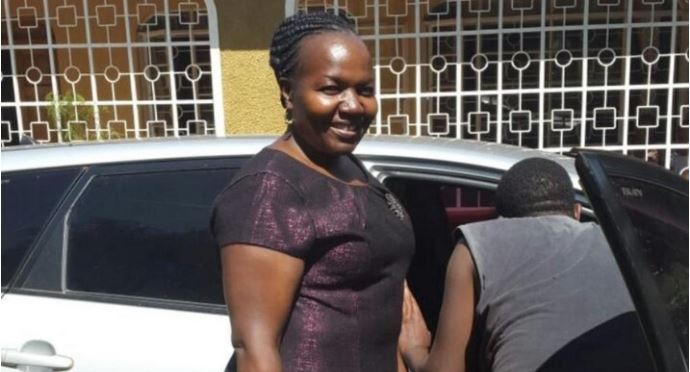 According to Atwoli’s estranged second wife, Roselinda Simiyu, the couple didn’t meet in 2005 as claimed by the COTU boss.

In a past interview, Atwoli claimed that he met Kilobi in 2005 in Kampala, when she was 22 and working with Uganda Broadcasting Corporation. He added that he was with his second wife at the time.

“When I met her about 13 years ago, that’s is in 2005 in Kampala and she was at that time with Uganda Broadcasting Corporation (UBC) and I was in the company of my second wife whom I have released to go and do politics and she has taken over. At that particular time we talked and she was still young at around 21 years old and I told her when you mature even if it takes 1000 years I will marry you. After her stay in Uganda she came back to Kenya, got a job with KTN. And because of the nature of work I do, you need somebody to assist you, you want somebody to rush and get you something and it must be a person you trust. She is my assistant, she is my lover, she is my wife and she got to take care of me. Am a stupid lover,” said Atwoli.

But according to Roselinda Simuyu, “The two met in 2015. That time he is claiming he met Kilobi and that I was with him, I had just given birth and had so many health complications that could not allow me to travel.”

Roselinda, who was speaking during an interview at Radio Jambo, further spoke on claims that Mary Kilobi married Atwoli because of his status and wealth.

She said that Kilobi does not know what it took to make Atwoli successful, noting that she helped her former husband and even contributed to his success.

“If you get money and lack wisdom, that is very wrong, and that is why he lost direction. Kilobi does not know how Atwoli got the money,” Roselinda said.

“I have no problem with him marrying again. I am a Bukusu. If amependa, that is his right, but what I know is he is not the same man I have known from the start.”

On valuable lessons learnt from the failed maariage with Atwoli, Roselinda Simiyu advises women to “not depend so much on their husbands because they might leave and you will be left with no one to depend on.”

“I trusted him so much and went out of my way to be with him, but when the time for him to go comes, he will go. I was dependent on him and that is why I am in this situation,” she said, referring to her claims that Atwoli stopped providing for her family.

“I want him to remember how I supported him during those times when he had nothing. When he wanted to be the Central Organisation Of Trade Unions (Cotu) boss I used to cook for the delegates without anyone to help me but he has forgotten all that. I miss him because we lived together for 22 years and it was a good marriage. We were so free and happy together, joked about everything and we had a good life and he was a good husband and a dad.”

She added: “He does not provide for my children and I, and recently he came and disconnected the power and we are now living in darkness apart from the solar we are using.”