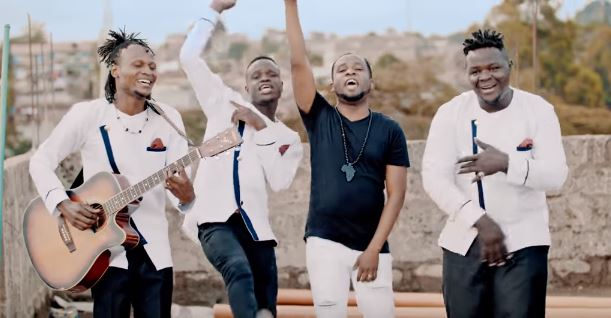 Creative Band Kenya is a group of talented young musicians based in the lakeside city of Kisumu that is taking the local entertainment scene by storm.

Comprising of three super talented vocalists namely Alex Ogolla aka Papa Aleki, Allan Omondi aka Blou and Stanley Otieno aka Zdano, CBK has been in the game for less than two years and are already being compared to big Benga names like Ohangla-man Makadem, Osogo Owinyo, Jerry Jalamo.

The trio made its musical debut with the track “Siro” a Luo slang for Kikuyu word “Ciru” which was an invitation to Ciru asking her to come to the lakeside city.

Their new hit – One Day – is a celebration of hope & seeks to inspire the youth with talents more specifically in the arts while advocating for spiritual growth. The track is a fusion of benga-soul, salsa, jazz and rap with extra depth in the lyrical content that gives the tune a simple but mature new-age feel.

Watch below and be inspired.

Loading...
The Hottest Stories on the Internet Today (Tuesday December 5) < Previous
Straight Fire! Stella Mwangi Out to Reclaim Title as Best Female Rapper, Watch Her New Banger Next >
Recommended stories you may like: