“You Think We Don’t Eat This?”..Maraga Says as He Feasts on Githeri in Kawangware (VIDEO) 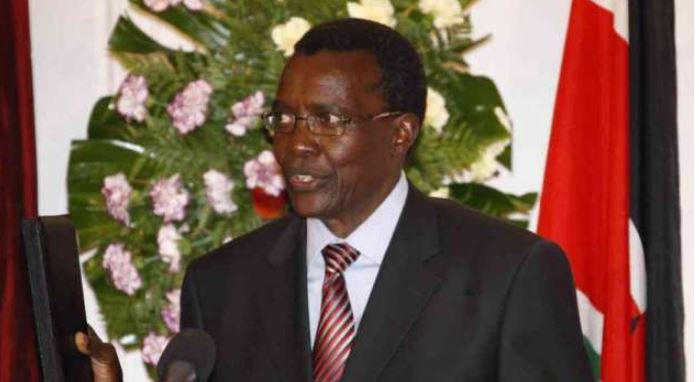 You know it is the season of spreading joy and cheer when a man of David Maraga’s stature eats ‘githeri.’

The Chief Justice on Monday ate the traditional meal of boiled maize and beans in Kawangware. He was spending time with the overjoyed kids at the Children’s Garden Home and School.

In a five-minute clip shared through Maraga’s official Twitter handle, the Supreme Court president is seen fielding questions from the curious kids as they enjoy the meal.

During the lunchtime chitchat, Maraga revealed that he grew up eating ‘githeri.’

“So you think we don’t eat food like this? This is what we grew up eating. I eat this in my home,” CJ Maraga told an unidentified woman who was holding a baby.

The CJ also divulged the need to share with the less fortunate in the society in the festive season, adding that the type of life such families live are never chosen.

Maraga’s interaction with the kids earned him praise from some of his 189K followers.

At Children’s Garden Home and School in Kawangware spending time with the less fortunate children. https://t.co/03Ea3dovsR

God bless you our CJ….

They are not less fortunate, they are fortunate to be eating healthy without the hustle of money…. I wish we can go back to the true meaning of Christmas “ giving without expectation and publicity”

l am sure they have all learned values tips, lessons, acquired wisdom on what it takes to make the Chief Justice of Kenya – President of the Judiciary. Humility, never forget where you came from.

This is awesome Our able CJ Maraga. May God bless you and the children.

You are doing aa wonderful job sir. Be blessed

This is great, kids were so excited. Likely they are not going to forget this event

I impressed with what I seen. This is what leader should emulate. God bless for your humble and humility to others.

We are shocked maraga

Loading...
“Vijana Amkeni ni Saa Ya Mazoezi..” Raila Says as He Hits The Gym (VIDEO) < Previous
The Hottest Stories on the Internet Today (Wednesday December 20) Next >
Recommended stories you may like: