“My Sons Are Bright and Inseparable”, Mother of KCB Heist Suspects Speaks Up 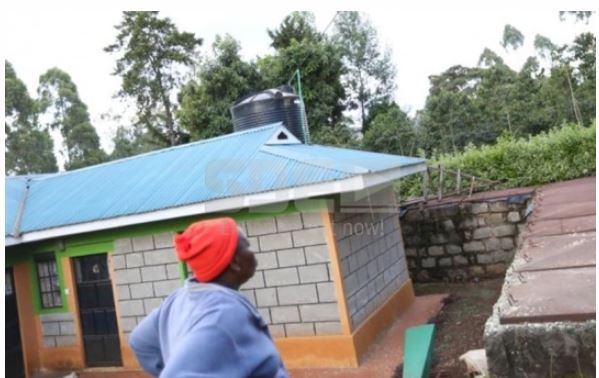 The mother of two of the three suspects in the Sh52 million Thika bank heist has spoken.

Esther Nyaguthii, the mother of Halford Munene Murakaru and Charles Mwangi Murakaru, says she doesn’t know why her sons have been arrested.

“They are grown-ups and as a mother, I can only do my part and hope they do the right thing as adults,” she said.

She was speaking with The Nairobian at their rural home in Karura Village, Mathira West, Nyeri County.

She explained that raising four kids on menial jobs was not easy.

“I have four children. They are all very bright. My son Mwangi scored the highest mark(409) in KCPE at Karura Primary School. His record is yet to be broken,” she said.

“When Mwangi was admitted to Nyeri High, I was worried, because I did not have money for his fee. So I decided to sell our only cow, and then borrow from neighbours and friends,” she added.

When her sons were sent home from school she was too poor to afford bus fare to Nyeri High School, so she walked for 40kms to plead with the school.

“It was a struggle, walking for close to six hours, but my boys were very intelligent and I knew I had to give them the best education possible,” the mother of four said.

She said her sons are inseparable despite their two-year age difference. They are also bookworms who rarely leave the house to interact with neighbours.

“They would home and study together, read anything they could find in the house, keeping each other company,” she recalled.

Which is why when Munene was admitted to Nyeri High School in 2000, Mwangi was determined to join him.

“People often asked if my boys are twins because they did everything together, including walking to and from Karura Primary School, which is only a few metres from their home,” she said.

The two boys were arrested alongside Julius Ndung’u Wainaina who was identified as their cousin, claims which Nyaguthii has refuted.

“I don’t have a nephew by that name, and my sons live in Nairobi not Kiambu. Even when I visited them, I travelled to their homes in Nairobi,” she said.

The last time Mwangi visited was on Mother’s Day this year.

“He had come to visit a teacher who was involved in an accident and passed by to see me as well because it was Mother’s Day,” Nyaguthii said.

A close friend described Munene and Mwangi as polite men with lots of cash.

“Munene and Mwangi never really held down any job after campus, but they always had money and talked of job opportunities in Uganda where they made regular trips,” said a close family friend.

“When I asked Munene about his source of cash, he talked of selling cars, a fact I could not dispute because of the BMWs, Range Rovers and Mercedes Benz cars parked outside their apartment on Thika Road.”

“They were casual drinkers who never smoked. Mwangi is really polite and has never fought anyone. He is also very generous with drinks for his friends only but never bails out trouble-makers unless he’ll benefit,” said a source.

Loading...
Issa Chune: Watch Kagwe Mungai’s Music Video for Banger ‘Baas’ Ft The Kansoul < Previous
CRAZY! These are the Funny Pics Going Viral on Social Media Next >
Recommended stories you may like: