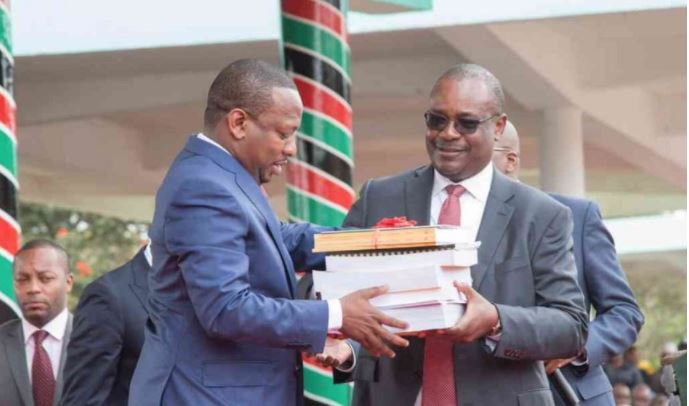 According to Kidero, Governor Mike Sonko is claiming credit for projects initiated during his tenure at City Hall. He cited the automation of revenue collection, setting up of the data centre, and development of the Nairobi Integrated Development Plan as some of the projects he started.

“Now Sonko has embraced eJijiPay – an online payment system, but during his campaigns, he stated categorically that he would terminate the contract with JamboPay – the service provider,” Kidero said.

The county government contracted the company in 2014 and by the time Kidero was leaving office, 14 out of the 136 revenue streams among them, parking fees, rates and single business permits, had been automated.

Sonko’s administration has since increased the streams to 89. The aim is to have all of them digitised by the end of the month.

Speaking on Thursday, Kidero said that the data centre that President Uhuru Kenyatta and Deputy President William Ruto launched on Monday was his brainchild.

“Actually by the time I was leaving City Hall, the data centre was complete. I negotiated with the World Bank in 2014 who agreed to fund it,” he said.

Kidero also reiterated that his administration, in collaboration with the Japan International Cooperation Agency, developed the Nairobi Integrated Development Plan.

Loading...
Hilarious Meme Compilation (Friday December 15) < Previous
All The Trending Images This Furahiday Next >
Recommended stories you may like: