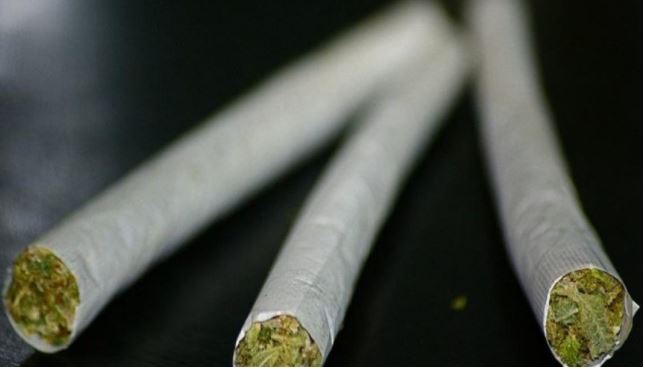 Once again, a petition seeking to decriminalize Cannabis Sativa has elicited excitement from Kenyans on social media.

Gwada Ogot, the researcher behind the petition, appeared before The Senate Health Committee in April this year to defend the proposal.

Read: Legalise It! Kenyans on Twitter Throw Weight Behind Bhang Petitioner as He Appears Before Senate Committee

On Wednesday, the Senate, led by Senate Speaker Kenneth Lusaka confirmed the receipt of the petition.

The Senate has received a petition from Mr. Sammy Gwada Ogot seeking decriminalization of the Cannabis Sativa plant and its derivatives.

If the proposal goes through, bhang will be deleted from the list of narcotic drugs in the Narcotic Drugs and Psychotropic Substances Act of 1994.

Ogot, a resident of Siaya county, argues in his petition that the plant has a myriad of documented benefits.

“I pray the House recommends amnesty for all people jailed for possession, usage, sale, cultivation, and transportation of cannabis sativa. Criminalising cannabis creates criminals where none existed,” Mr Ogot said.

He is also advocating for the establishment of a Cannabis regulatory body-Cannabis Sativa Board of Kenya (CSBK), to oversee the sector to ensure planting, trade, and consumption of the drug.

Here’s how Kenyans on Twitter reacted to the latest development.

Give that man a tusker

If Jubilee wants to unite Kenya without police force or NASA demo.This is the right direction to take without President Uhuru breaking a sweat or National Agenda or gory images we see on TV pic.twitter.com/FfcLOKhFON

The bill should be blazed through.

Give that man a medal

let the senate expedite this bill. Its long overdue.

We whole heartedly support this petition.

This motion has been in the senate for over a year now. Apparently i donno what happened..

Yes, it has! But most of them don’t make it to the table. Hoping this one does..

?? though the most difficult thing would be to change the negative connotation associated with ‘bangi’

If they wanna unite guys let them legalize it, rastamam will be happy,, let them allow us blaze and meditate coz it’s 100% nature

Pass the bill, weed has a lot of benefits and kindly know why it was banned in America, nothing to do with it’s dangers

this could be one unifying initiative.legalize and legalize the herb

Way to go.. the herb has no known health effect and some developed countries have legalized it for recreational & medicinal use (of course you know that) pic.twitter.com/TVQEip9AmR

Loading...
Fisi Alert! Kenyan Ladies Expose DnG For Being Too Thirsty < Previous
Hilarious Meme Compilation (Friday December 1) Next >
Recommended stories you may like: