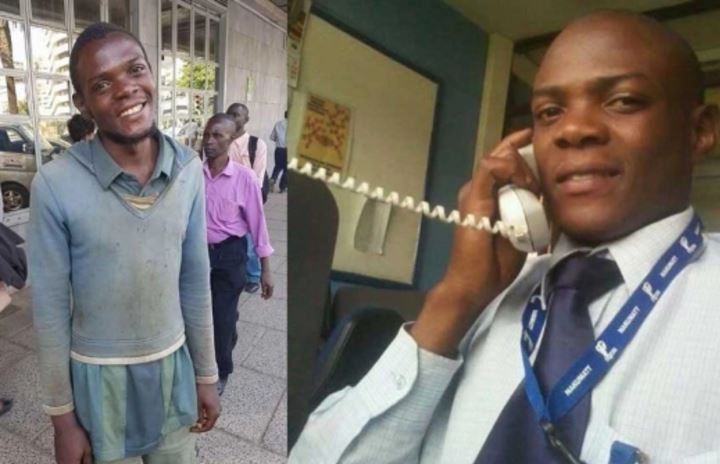 The fate of Vincent Omondi alias Vince Dancer, the good samaritan who warmed his way into the hearts of Kenyans earlier this year, has met a tragic end.

Omondi became an online sensation in March when he collected a cool Sh200,000 that had fallen out of a businesswoman’s purse and returned it to her.

Omondi’s selfless act was especially heartwarming because he lived on the streets and the money would have drastically changed his life.

Nine months after his act of kindness, Vincent is reportedly no more. His body was reportedly found in Eastleigh on Tuesday.

The news was broken on social media by Facebook user, Ruth Ambogo.

I have just received the sad news of the death of Vince Jawagoro. (His lifeless body was found at Eastleigh today) For those who don’t know him, he is the street boy who was kind enough to return 200k to a stranger who had dropped the same in town on her way to the bank.

I met Vince on 25th October at an electronics repair shop along Jamia shopping mall. (That is where the photo was taken) He had come to remind the shop owner who had promised him a job of his promise. He was also very hungry.

He explained to us his journey through rehab and how kenyans who had promised to assist him and get him jobs after rehab failed to keep their promises. He was even featured on TV shows when the story trended online. He was living at Basilica church at the time. The church had accommodation arrangements for street kids.

Sadly, The men in the shop refused to buy him food claiming that he would resort to buying glue instead… i gave him some cash i had with me. Tje shop owner also asked him to sober up and go back after elections for a job interview.

Jawagongo was a graduate of St. Pauls university a brilliant young man whose life simply got cut short due to addiction to drugs caused by life’s frustrations.”

I have just received the sad news of the death of Vince Jawagoro. (His lifeless body was found at…

The sad development comes days after Vince made headlines revealing that he had gone back on the streets after a five-month rehab stint.

Vince claimed that after the stint, he expected those who had promised to help to come through for him but nothing was forthcoming.

He revealed that he lived with a friend in Nairobi’s Eastleigh area and survived on menial jobs at Nairobi’s Wakulima market that saw him pocket around Sh300 on a lucky day.

“Once in a while, I’m tasked with offloading fruits from Tanzania. I also clean shops. I am proud of what I did that day,” he said adding that all he is left with is hope that someone will help end his tribulations.

Omondi, 28, was Bachelor of Business IT graduate from St. Paul’s University. He ended up on the streets after his life took a drastic turn when his mother and father died, leaving him and his sisters to fend for themselves in the streets.

It is while trying to make ends meet on the streets that he is believed to have started using drugs.

His passing has shocked Kenyan netizens who have been pouring their condolence messages on his Facebook wall. Just a fortnight ago(November 19), his ‘friends’ were wishing him a happy birthday on the same wall.

His last Facebook update was on September 8 when he posted: “With God all things are possible.”

Loading...
Waiguru to the Rescue After Complaints Over Lack of Drugs at Sub-county Hospital < Previous
“I’m Planning to Shock Kenya,” Alfred Mutua on 2022 Presidential Bid Next >
Recommended stories you may like: