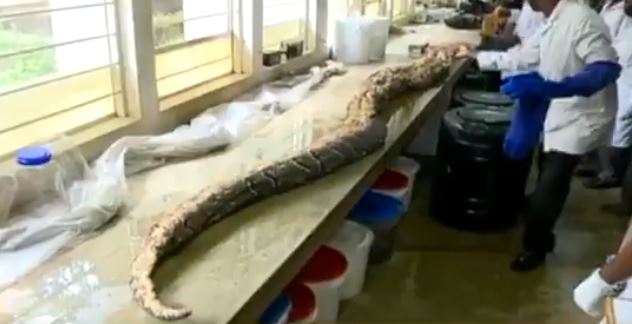 The legend of Omieri lives on!

Omieri, the giant python which slithered to national limelight three decades ago, is now available for public viewing at the Kenya National Museum’s Snake Park in Nairobi.

Until its unveiling yesterday, the 15-foot long snake which weighs at least 75kg had been preserved at the National Museums of Kenya labs in a liquid composed of 70 percent methanol for 30 years.

Omieri died in 1989 while receiving treatment from the Kenya Wildlife Service after it was burnt by a bushfire in 1987.

The revered python became an instant sensation among the Luo community as it was believed to be a good luck charm. Residents of Nyakach, where the snake was found said its presence was a “sign of good things to come.”

The Luo community believed that the snake symbolised the return of an earlier woman named Omieri whom they claimed returned in the form of the serpent to bring “fertility to communities and to individual women to whom she appears.”

So revered was the python that it used to receive offerings in the form of calves, goats, chicken, and ugali from Nyakach residents in gratitude for the blessings it brought the villagers, like causing rain during the drought.

When it was moved to Nairobi for treatment, there was a major uproar from the people of Nyakach who claimed that heavy floods swept away their homes as soon as Omieri left.

The locals blamed Omieri’s death on her three-month stint in Nairobi where they claimed she missed the ancestral drinking water from River Asawo and the Oduoro stream.

When Omieri died, a condolence book was opened at the Kaloleni Social Hall and the Kisumu National Museum. 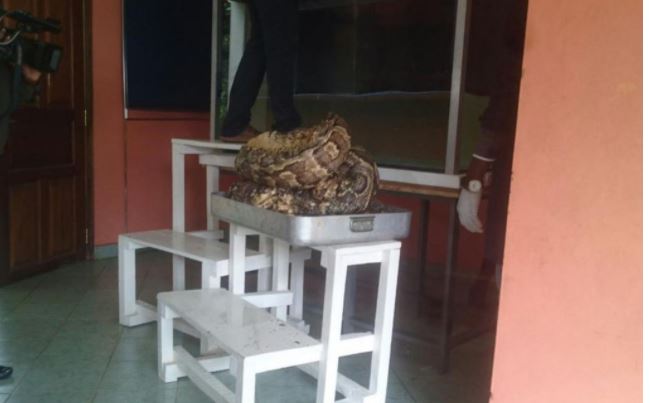 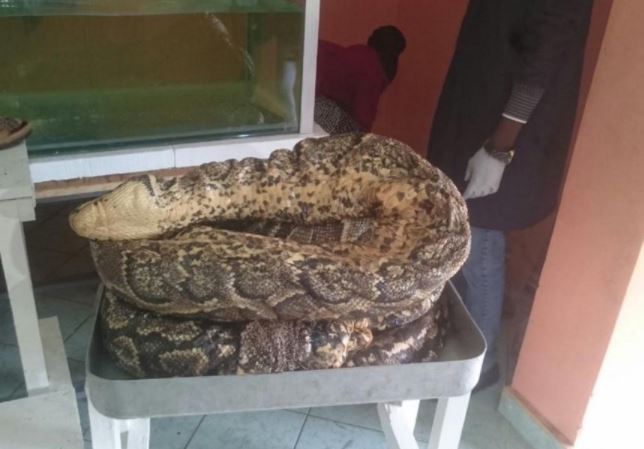 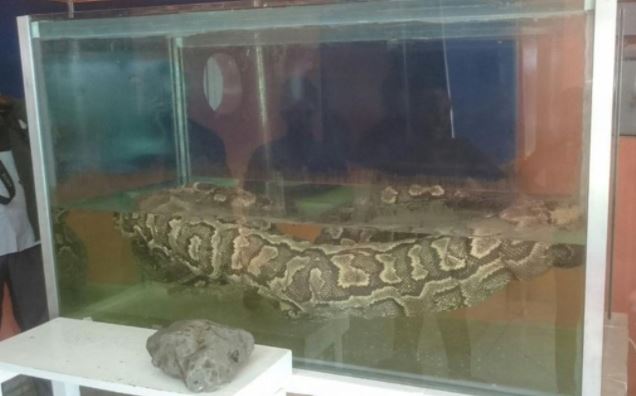 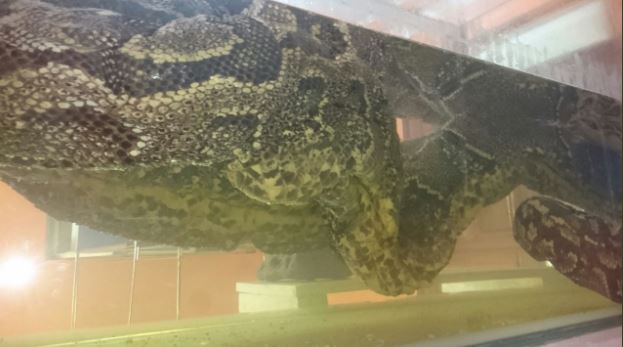 Loading...
Hilarious Meme Compilation (Friday December 1) < Previous
All The Trending Images This December 1st Next >
Recommended stories you may like: