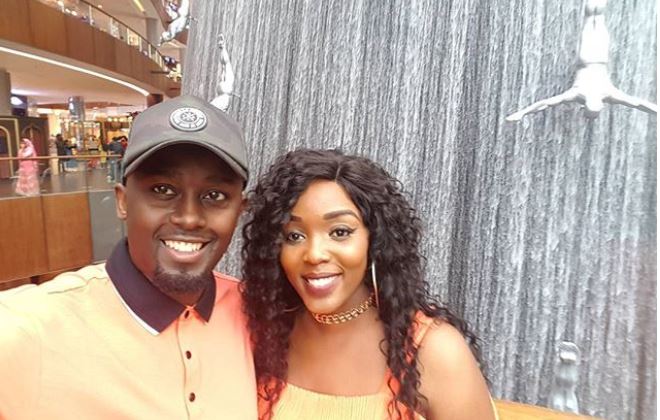 As blogger Nyakundi continues to lead a resistance for the boychild not to spend money or time on women over 27, Risper Faith’s fiance Brian has reportedly splashed millions of cash for the video vixen’s bride price.

The lovebirds, who co-star in K24 reality television show ‘Nairobi Diaries’ have been engaged for a while now. With the nuptials edging closer, Brian, who lived in the U.S before meeting Risper about three years ago, is said to have held dowry negotiations over the weekend.

According to Risper, Brian forked a handsome Sh2.5 Million as bride price.

“I wasn’t there during the negotiations, but Brian told me he paid Sh2.5 million,” Risper told a local tabloid.

The lovebirds look set to settle down having made some sound investments during their time together. In addition to owning a liquor business, they have invested in a prime piece of property in Kitisuru where they will soon call a home.

Brian is thought to have deep pockets, with Risper admitting in a recent interview that she was first attracted to him because of his money.

“Frankly speaking, at first I was attracted to the money and all that lifestyle thing. Every girl likes that. But with time I got to learn his character and saw him from a different perspective. Brian is a great man who besides the money takes care of me,” said Risper.

Loading...
All The Trending Pics in Nairobi Today < Previous
OMG: High School Leaver Appears in Court for Unnatural Act With a Donkey Next >
Recommended stories you may like: