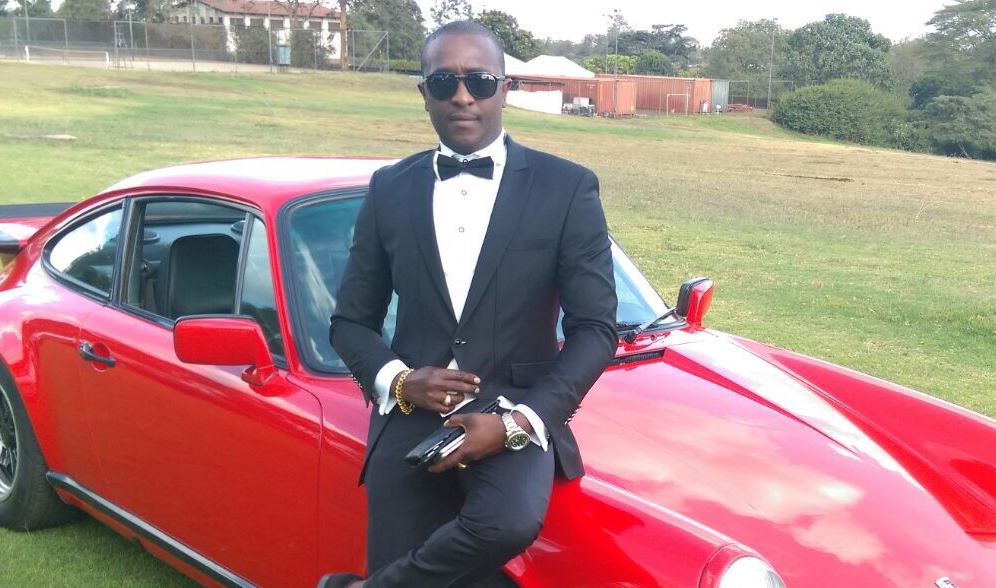 This week a letter purporting to be from Karen Residents Association found its way online.

The letter, signed by 3 officials of the organization, complained about politician Steve Mbogo’s noisy helicopter. The residents were urging the National Environment Management Authority (NEMA) to take action against the former Starehe parliamentary candidate, for disturbing the peace of the neighborhood with his noisy helicopter.

The letter even went on to reveal that the matter had been reported at Karen Police Station under OB 13/23/11/2017. 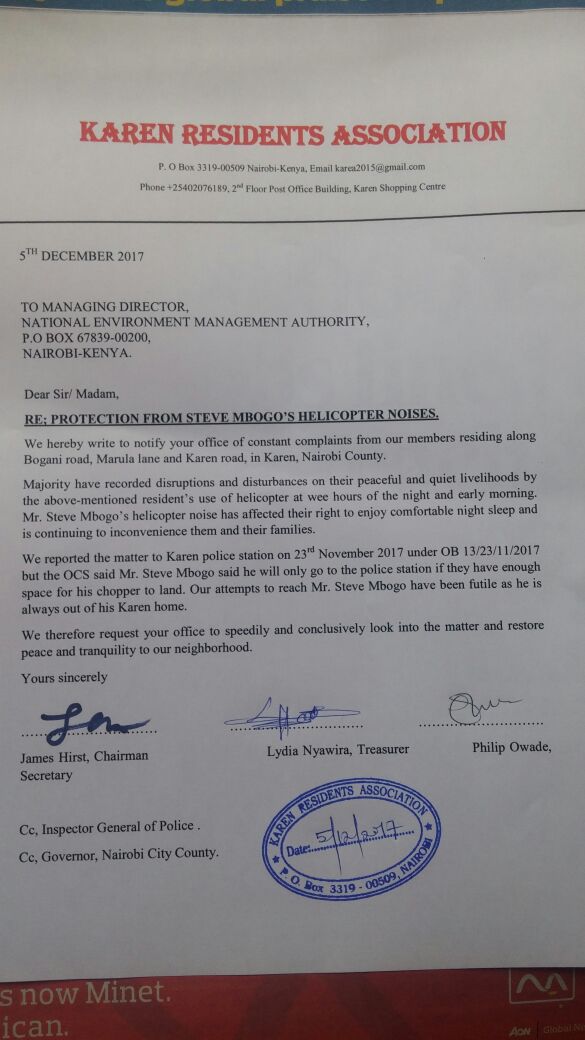 Several blogs carried the story, but in the mainstream, only NTV gave it prime time coverage. Ken Mijungu prepared the report without bothering to check the authenticity of the letter.

This is not the first time Mbogo has forged a letter whose purpose is to make him the talk of town. Some years back, he forged another one claiming to be from Swiss embassy, where his name was listed as a client with over Sh100 million in a Swiss bank. 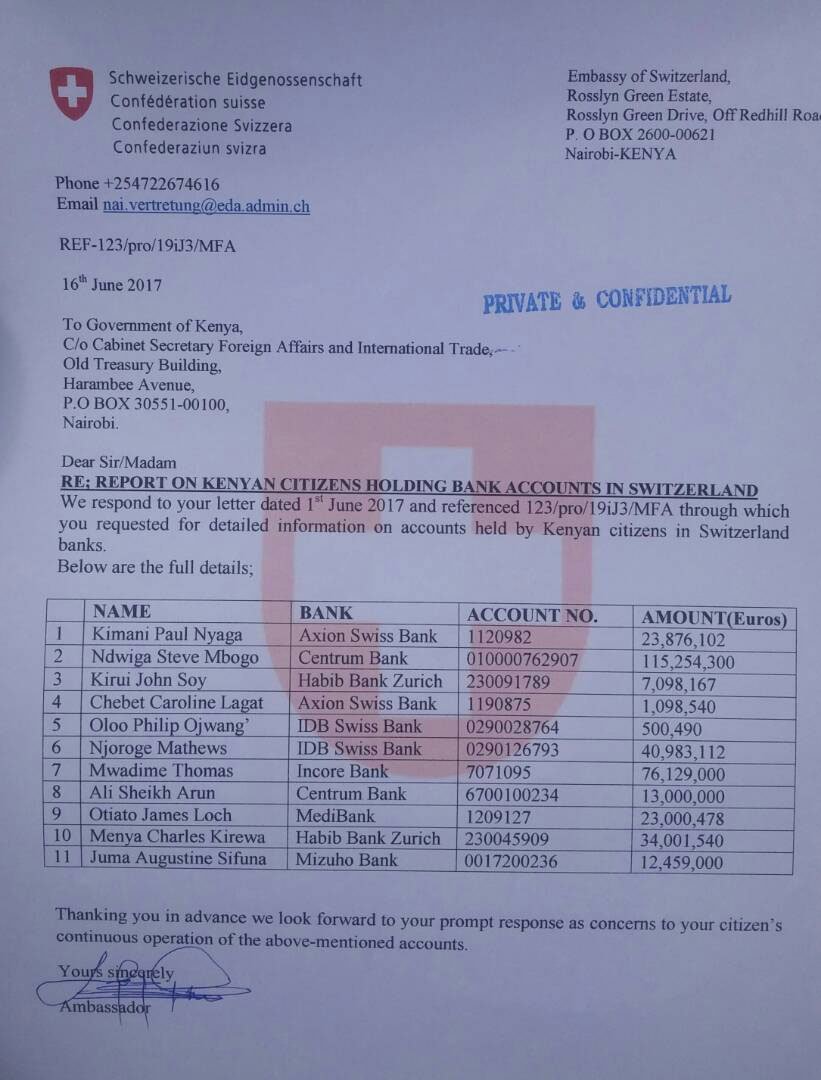 Now, who better to tell us about the authenticity of the helicopter letter than an actual Karen resident?

Lawyer Ahmednasir Abdullahi‏ (Grand Mullah) took to Twitter to dissect the falsehoods in the letter, calling it a fake. He wrote that Mbogo is poor and owns nothing that can fly.

Ahmednasir further revealed that the said Karen Residents Association doesn’t exist, and that one of the signatories is actually deceased. Here’s the tweet. 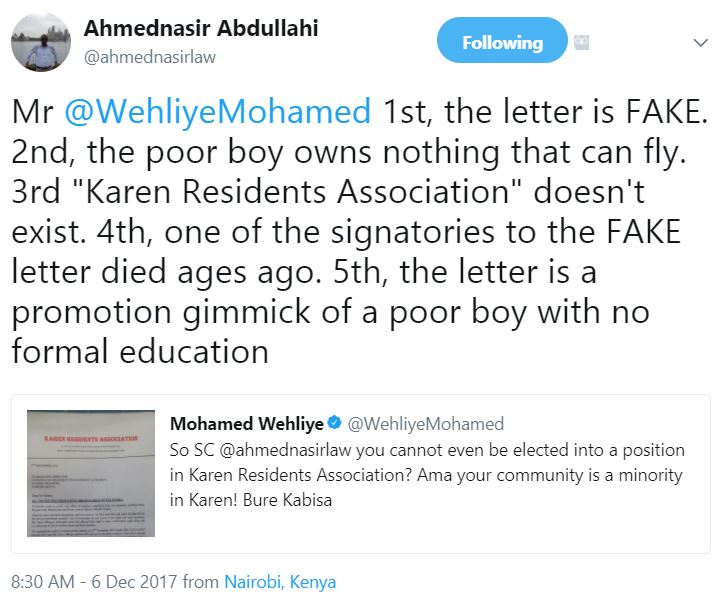 Loading...
OMG: Patient Shoots Dead Nurse After Refusing to Leave Licensed Firearm at Hospital Gate < Previous
The Hottest Stories on the Internet Today (Monday December 11) Next >
Recommended stories you may like: