“I Got it Because I Deserve it Before the Eyes of God,” Ben Githae on State Commendation 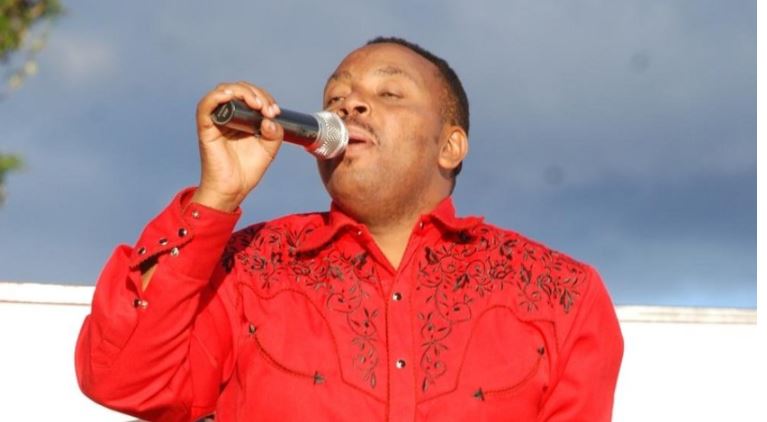 The popular Kikuyu singer was on the controversial list of 58 personalities in the Civilian Division who were bestowed with the coveted commendation.

The list caused an online uproar from Kenyans who blasted the President for belittling the national awards by rewarding political loyalists. Ben Githae was among those who Kenyans felt didn’t deserve the commendation. This was mostly due to the singer’s political affiliations with Jubilee Party that saw him compose the ruling party’s anthem – Tano Tena.

Last month, Ben Githae also cause a stir when he released ‘Hapo Umepotea’ after NASA’s calls for the boycott of companies and products believed to be affiliated with Jubilee.

The singer has finally spoken up about the ‘controversy’ surrounding his commendation, saying his affiliation to Jubilee is his democratic right and that he deserved the commendation in God’s eyes.

“Well tangu nilipokua sijajulikana nilikua naona hizo awards zikipatiwa akina Esther Wahome, Eric Wainanina na Kamaru. Mara yangu ya kwanza niliingia kwa ofisi ya Kamaru nilipata hiyo picha ya award imewekwa kwa ukuta and when I asked mzee hii nayo inaitwa nini he told me its an award that he was given by former Kenyan President Daniel Arap Moi for his contribution to the country and at that time, no one complained.

“So my contribution in this artiste world has been recognized by the President. What I would like to tell them is that favor is very unfair. Me kwanza ni msanii wa Gospel sana ata kuliko vile nilifanya hiyo ya ‘Tano Tena’.

“I got it because I deserve it before the eyes of God, but some people may feel I do not deserve it, it’s before their own eyes.”

Loading...
VIDEO: Robbers Kidnap Bride on her Wedding Eve in Kiambu < Previous
Hilarious Meme Compilation (Tuesday December 19) Next >
Recommended stories you may like: