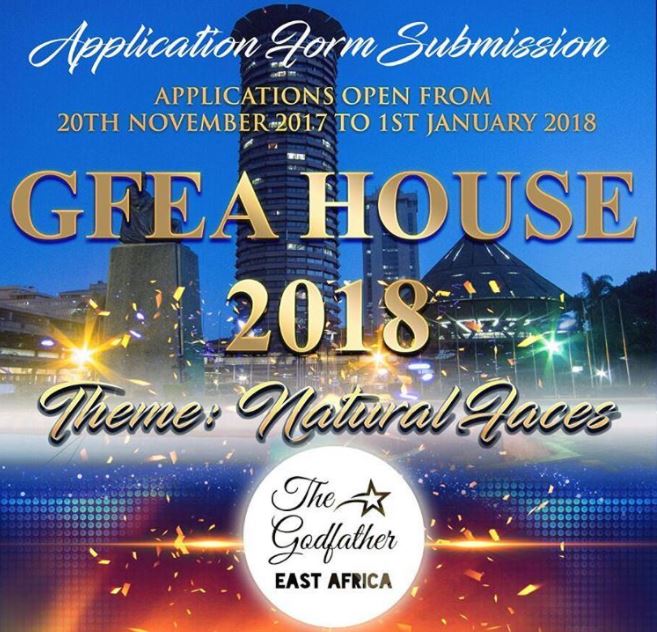 The East African region is all set for a new reality show akin to the popular ‘Big Brother Africa.’

Dubbed ‘The God Father East Africa’, the show is set to hit a screen near you in early 2018. According to reports, it will air on either NTV Kenya or Citizen TV Kenya in March 2018.

According to the producers of the show, the auditions will be carried out in Nairobi, Kigali, Kampala, and Dar es Salaam for all applicants from the four East African countries.

Like in BBA, contestants stand a chance to win millions of cash. Sh2.5 million will be up for grabs for the last contestant standing.

Producers held their second meeting on Wednesday in Nairobi, Kenya to outline the application process, applicant’s instructions, and the GFEA 2018 house rules.

Plans for the auditions are said to be at an advanced stage. To be eligible, one must be at least 21 years old.

The person in charge of Applicants to the GFEA 2018 House, Mr. Allan Komba said: “If you are selected by the Producers for an audition, you must be willing to travel at your own expense to be auditioned at a time to be scheduled by the Producers in their sole discretion and at one of the locations nearest to the city you listed in the Audition form.

“The Producers reserve the right to add, cancel and/or substitute other cities as Audition locations, same applies to if you are selected by the Producers to join the God Father East Africa house/flat, you must be willing to travel to Nairobi, Kenya for the show as scheduled by the Producers in their sole discretion, availability of an Economy travel flight (trip to Nairobi, KE and pick-point at Jomo Kenyatta International airport), hotel accommodations and per diem will be arranged and paid for by the Producers.”

The reality show will last for 3 months. Only two finalists will receive prizes but a weekly draw shall be conducted for each participant for each week that he/she remains in the God Father East Africa flat.

Draws shall be participated in by the general public who’ll vote by help of each participants’ code during the ongoing broadcast of the show. During this elimination stages every week, live events shall be organized which shall involve the Public participating all through until the eviction stages where members shall decide who to stay in the house or leave.

Loading...
Why Diamond’s Ex Wema Sepetu Wishes She Was Dead < Previous
Watch: Anita Nderu and Bae Shooting Automatic Assault Rifle at Gun Range Next >
Recommended stories you may like: