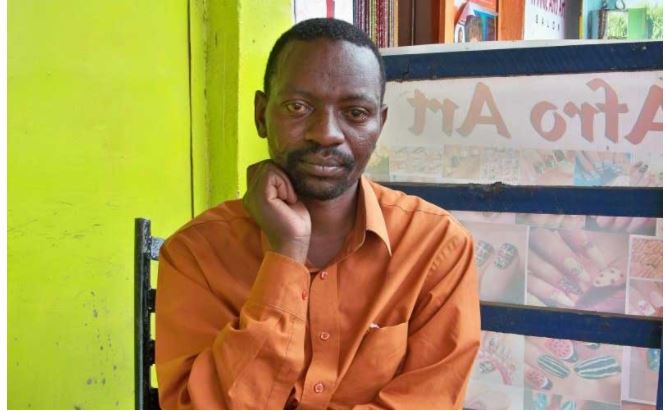 Samuel Mwema Muli, 47, is said to have killed more than 7,000 people from various parts of Kenya in less than ten years. During this period, the preacher at a city church killed his eight-month-old son, a heinous act that saw him part ways with his first wife.

Born in Roysambu, Nairobi, Muli, who spent three years in jail for mentioning the names of powerful people as devil worshippers, went to primary school in Mathare and secondary school in the city before studying journalism.

He revealed that his satanic mission began one afternoon in 1992.

“After graduation, I was employed by a news agency in Nairobi where I overheard fellow scribes talk about devil worshipping. I did not believe the talk. But what attracted me to it was the money,” Muli said as quoted by The Nairobian.

According to Muli, he was walking outside the KPCU Building to his Majengo house when he stumbled upon a letter addressed to him.

“It was an invitation to cover a fundraising event for street children,” he said.

“I met a shamba boy (name withheld) dressed in black. He welcomed me saying the chief guest expected at the event was a powerful cabinet minister,” he added.

At the entrance, the shamba boy allegedly stripped naked and took him to a woman who introduced herself as Francisca from Kiambu.

“She pulled a drawer, counted crispy Sh75,000 notes and handed them to me,” Muli recalled.

“When I arrived at about 5 pm, I lied to my colleagues that I had hit a jackpot and invited them for drinks.”

He said he spent the cash in three days and decided to go back to the hall one more time.

“I met Francesca once more and she led me to another office where I saw three screens written ‘Kenya,’ ‘Uganda,’ and ‘South Africa,’” he said.

Inside the hall hung TV screens. On one of the screens, Muli said, he saw the face of his 18-month-old firstborn son.

“Then a naked woman came, gave me a sharp razor, commanded me to cut the face of my son on the screen and gave me Sh85,000,” Muli narrated.

“Three days later, my son died mysteriously. His private parts and tongue were missing when we buried him.”

Three months after the incident, he claimed he was officially recruited as a member of the cult when the team leader took all his finger and toe prints. Thereafter, he started earning Sh9,000 every Friday, and quit his agency job.

With a steady flow of easy cash, he allegedly invested in the transport business and acquired a fleet of buses that operated between Nairobi-Kisumu and Eldoret-Nakuru-Nairobi.

An enquiry by The Nairobian, however, revealed that the bus company he named is registered at the Kenya Revenue Authority under a different person.

Muli added that in 1997, he sacrificed all the passengers aboard one of his buses near Kericho.

“I was behind the grisly road accidents between Naivasha and Nakuru. I could board a bus or matatu and alight before the crash,” Muli said.

“That period, I fed on women breasts and two glasses of human blood daily. By the time I quit, the cult had more than 500 followers in Nairobi. But all my wealth was taken by the cult when I quit.”

In 1997, Muli quit when an angel appeared to him at night.

“I woke up the following day at a church in Nairobi after falling nude from the ceiling and sending the faithful scampering for safety. The three women who remained covered my nudity,” he claimed.

Loading...
All The Trending Images in Nairobi Today < Previous
Hilarious: Boychild’s Prayer Accusing Matiang’i of Injustice After Releasing KCSE Results – Video Next >
Recommended stories you may like: