Father of KCB Heist Suspects Speaks Up, Blames Corruption in the Government 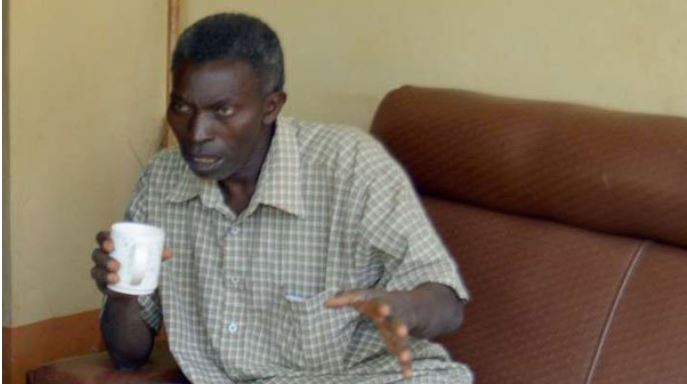 The father of two of the three suspects in the Sh52 million Thika bank heist has spoken. Titus Murakaru Githui, 59, the father of Halford Munene Murakaru and Charles Mwangi Murakaru, says although he does not approve of crime, he is not surprised that his children may have been involved in the alleged robbery.

Mr Murakaru believes that Halford and Charles could have probably been “wrongly inspired” by stories of corruption and impunity.

He was speaking with Nation on Wednesday at their rural home in Karura Village, Mathira West, Nyeri County.

According to the local daily, Murakaru, speaking in polished English, appeared unapologetic and unperturbed by the circumstances his two sons find themselves in, describing the heist as a “societal problem.”

He cited the multi-billion-shilling National Youth Service and the Health ministry scandals, saying they could have “inspired’ his sons to engage in the theft (if indeed they were involved).

“The perpetrators of these scandals got away with it. We know them and they are still at large,” he noted.

“How do you tell your children not to do these things when senior government officials engage in blatant theft and get away with it?”

He said that the third accused person, Julius Ndung’u Wainaina, is a regular visitor to his home only as a friend of his sons and not as a cousin as widely reported in the media.

He last saw the three last month when they visited the Karura Village home.

“We raised our children in a Christian way and moral uprightness but when they go out there they hear of people carrying money in sacks and nothing happens to them, what prevents them from engaging in that kind of vice if they can also get away with it?”

“I know my sons did not get any formal employment after clearing university.  I also know they have a very big network of business partners that engage in securing supply tenders,” he said.

He said he learned about the alleged involvement of his sons in the bank heist on TV but he was “not shocked”.

“I have heard about many scandals in this country and I’m, therefore, not surprised that it happened,” he said.

“I heard the late Nichalas Biwott quoted saying ‘I would rather die than remain poor’. This is the Kenya we are living in— corruption and theft  is becoming a way of life in Kenya and is badly influencing our children,” he noted.

The suspects were presented in a Thika court on Tuesday facing charges of stealing Sh52.65 million from the bank. They also faced other charges of handling stolen property.

They denied the charges.

Loading...
All The Trending Images This December 1st < Previous
Revealed: The Amount of Money Uhuru, Ruto, Sonko Splashed at Nairobi Joint After Inauguration Next >
Recommended stories you may like:

What’s Trending in Nairobi This Tuesday
Loading...
The Latest