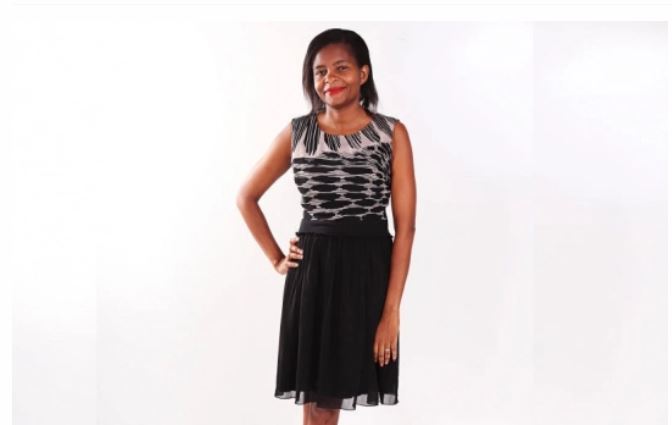 At just 36 years of age, Jackline Lidubwi, a film and television producer has worked on almost everything that has ever graced Kenyan TV; from Kisulisuli, New Vioja Mahakamani to Grapevine.

She also prides herself on discovering and nurturing most of Kenya’s big shots in the entertainment industry, including Lupita Nyong’o and Daniel Ndambuki alias Churchill.

Lidubwi spoke to NaiNotepad about her remarkable journey and more.

I have watched most of your productions and they are mostly human interest. Is it a coincidence?

I am an award-winning television producer, with a bias in human interest stories.

My interest is to empower the less fortunate in society and the marginalised to create awareness on how empowerment relates to development.

What are some of your productions?
I have produced drama series like Kisulisuli, All Girls Together, Hila, Angels Diary, Melas House, Seth and Joel and Kenda Imani. I have also produced comedy shows such as New Vioja Mahakamani and Comedy Arena.

In addition, I have also worked on a number of magazines and talk shows like Grapevine, Abled Differently, Ukumbi wa Kislamu, Good Morning Kenya, Taj Talk show and Mahanjam.

Do you see yourself ever branching into film?

I am working on a film on disability in our society. I hope the film will be able to debunk some of the stereotypes and stigma associated with disability.

What’s the best thing about your job?

That I am in a position to discover and nature talent. Many artists and big shots in the entertainment industry have passed through my hands.

I have produced Lupita Nyong’o, she was my presenter of a musical show I did way back in Metro Television Kilele.

I worked with Churchill, when he acted as Asava the blind man in Kisuisuli; I worked with Soni Methu as a presenter on Taj Show. She later moved to CNN and is currently with CTGN. I also worked with Alex Khayo, the finalist of BET Africa.

What is your career high so far?

In May this year, I attended the renowned Radio Netherlands Training Center RNTC and did a certificate course in media campaigns for social change and development.

In July, I participated in a seven-week competitive Global Change Leaders, Coady International Institute at St Francis Xavier University in Nova Scotia, Canada. In October, I was in the USA as an ADA Fellow for five weeks and was attached at the Institute of Community Inclusion, University of Massachusetts in Boston (UMASS).

I got the chance to lecture journalism students at UMASS Boston and Stone Hill College and for the first time, I believed in the phrase that no matter where you come from, your dreams are valid.

I won the Best Television Producer at the UNFPA/AKEMEP Awards in the FGM Category in 2013, and the Disability Media Activist during the Annual Disability Awards (ADARA) in 2014.

Who do you admire most in your line of work locally or internationally?

I look up to Kibwana Onguso of the Famous Tausi. He mentored me to be the producer I am today. I also admire the work of Grace Makuku, the then head of Metro Television, who is now the director of Take One Production. She saw the potential in me, gave me a chance and nurtured me.

Going digital has to the contrary given an opportunity to the creative industry. We have been given a chance to re-invent ourselves and offered a bigger platform to showcase local content. I consider it a positive development.

Did you study for what you are currently doing?

I went to the best media school in Kenya – Kenya Institute of Mass Communication – for my diploma, then proceeded to St Paul’s University for my degree and I will graduating with my master’s degree from the University of Nairobi before the end of the year.

Apart from TV, what else do you do?

I am into charity work. I hold charity concert shows in various children’s homes in Nairobi. I have done this since 2004 and will be visiting Dove Children’s Home in Ruai on December 16.

I also help in paying school fees for children with disabilities. My life’s mission is to make the world a better place one step at a time.

I have been blessed with two wonderful boys – eight-year-old Havila and Hansel who is nine years old now. During my free time, I spend time with my husband and the boys.

Loading...
“We Were in a Good Place Before My Ex-Fiance Dumped Me,” Kamene Goro on Failed Relationship < Previous
Vanessa Mdee Signs Mega Money Deal With Global Record Label Universal Music Group Next >
Recommended stories you may like: