10-Year-Old Boy Attacked and Injured by Baboon in Nakuru 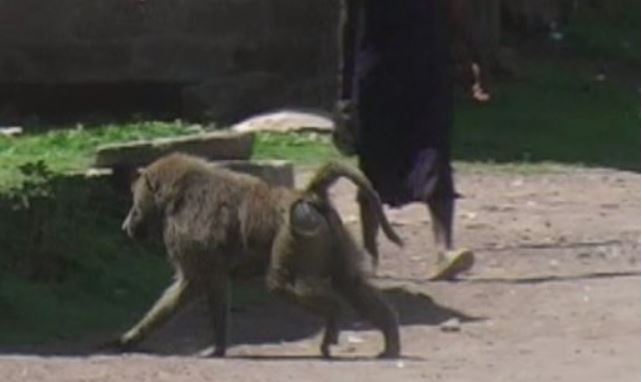 A 10-year-old minor was on Thursday attacked and injured by a baboon at his home in Lake View estate, Nakuru town.

According to the boy’s mother, Margaret Wangui, her son was coming from a nearby shop when was attacked and injured on his left leg by the stray baboon. Lake View estate borders the Lake Nakuru National Park where the baboon is said to have strayed from.

The boy was taken to Langalanga Sub County hospital where he was treated and discharged.

The residents who live near the park accused KWS of taking time before responding to distress calls from locals.

The residents said the baboons have been a nuisance since they damage their houses by sitting on roofs, eat their food and attack women and children.