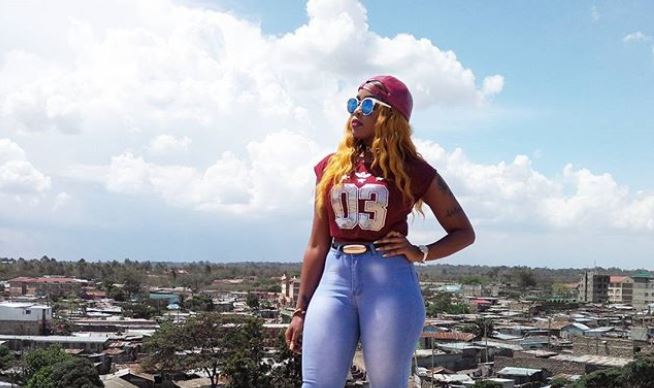 The new music video comes three weeks after she was reportedly involved in a car accident. Incidentally, the accident happened hours after they had finished shooting this video.

“Everything happened so fast and the next thing I was seeing was my car lying on its roof and my body hanging on there. The thing is that I hit a huge stone on the road and could no longer control the car. Thank God I had buckled,” the singer told Pulse.

“Lucky enough, somebody recognised me and came to my aid. He helped me out of the wreckage and after I was offered first aid with medics confirming I was well, I was driven home,” she said.

“I must have been fatigued as I had been out in the field with my crew shooting my new video.”

AYE audio is produced at Big Dreams Studios and the video is by Big Dreams Films and directed by Ricky Bekko.

Loading...
“Implement Immediately” Kenyans Welcome Mortuary Punishment for Drunk Drivers < Previous
Love is in The Air! Anerlisa Muigai and New Beau in Cute Car Karaoke Moment Next >
Recommended stories you may like: