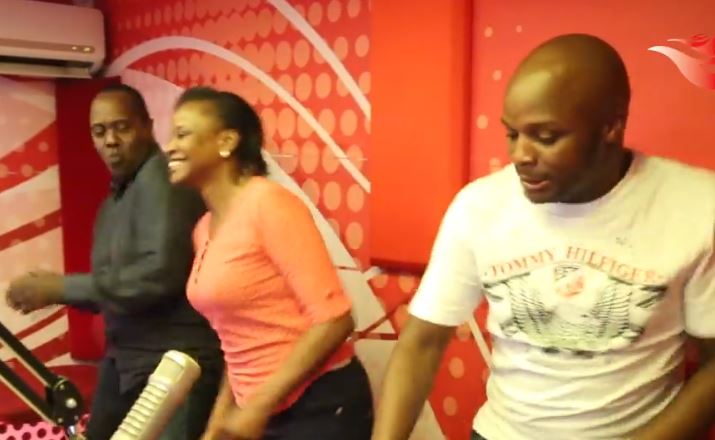 It’s confirmed; Citizen TV news anchor Kanze Dena is in the category of people who can dance to save their own lives.

The celebrated media personality showcased her best dance moves during an interview with her Royal Media Services colleagues Jeff Koinange and Jalang’o.

The Hot96 Radio duo on Thursday challenged Kanze to a dance off and she was happy to oblige. And when Diamond Platnumz and Patoranking’s smash hit ‘Love You Die’ came on, there was only going to be one outright talented dancer and two amateurs.

The amateurs had hosted Kanze to talk about her moving life journey and challenges she has faced; including becoming a mother at a young age.

Kanze has in the past shared about how she attempted suicide twice; first after her first-born daughter died and later after she delivered her son while in a troubled relationship.

After she was done making listeners tear up with her story, Kanze taught Jalas and Jeff a lesson in dancing. Watch below.

Loading...
DJ Creme Confesses “I Hated Rapdamu’s Songs and Ignored His Calls” < Previous
The Condition Kenyan Banks Must Meet for Babu Owino to Open CDF Account Next >
Recommended stories you may like: