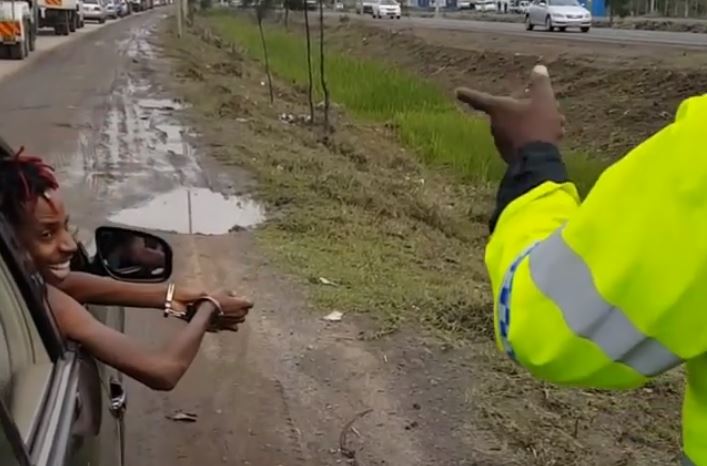 Show me a crazier comedian and I will show you Eric Omondi. The Kenyan funny man is best known for outrageous stunts and he was at it again after an encounter with the police.

On Monday, Eric Omondi was caught overlapping along Mombasa Road while on the way to the airport. He was running late for his flight to New York, U.S, and opted to overlap the slow-moving traffic but the long arm of the law caught up with him.

He was flagged down by a traffic police officer on a motorbike and handcuffed before he pulled off an outrageous stunt on the officer.

Loading...
Wedding Bells: Actress Catherine ‘Celina’ Kamau Gets Lavish Bridal Shower < Previous
WATCH: President Uhuru Meets Mbusii in Studio and It is the Coolest Thing Ever Next >
Recommended stories you may like: