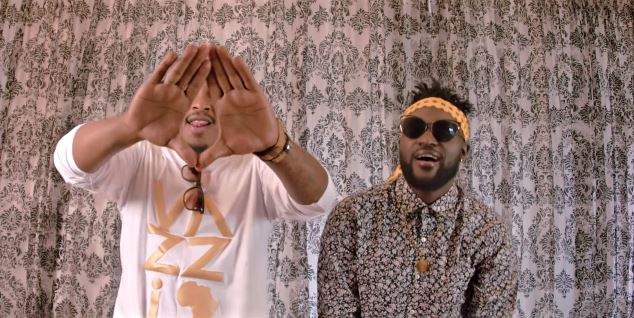 Show me a more hardworking Kenyan artist at the moment and I will show you Naiboi. The record producer, performing and recording artist has had an immense 2017 since rebranding from Rapdamu.

He is the genius brains behind Pacho Entertainment where many of East African Hits like Welle Welle Remix, Gudi Gudi, 4Mulla, and many others have been made.

Naiboi, in particular, has been ruling the airwaves with tracks such as ‘Problem’, ‘Too Much’ featuring English recording artist of Ghanaian descent Fuse ODG, ‘Smooth Criminal’, and ‘4Mulla.’

He comes through with yet another commendable effort dubbed ‘I Wanna Be’ featuring top disc jockey Creme dela Creme who is behind the production alongside Illogos Music.

The jam is receiving a positive reception if the comments of Youtube are anything to go by.

Watch ‘I Wanna Be’ below and enjoy.

Loading...
Issa Banger: PRO Taps Naiboi, Kristoff, The Kansoul and Jegede for Remix of ‘Kameshika’ < Previous
Daddy Owen: Why Divorced Gloria Muliro Should Remain Single Until Death Next >
Recommended stories you may like: