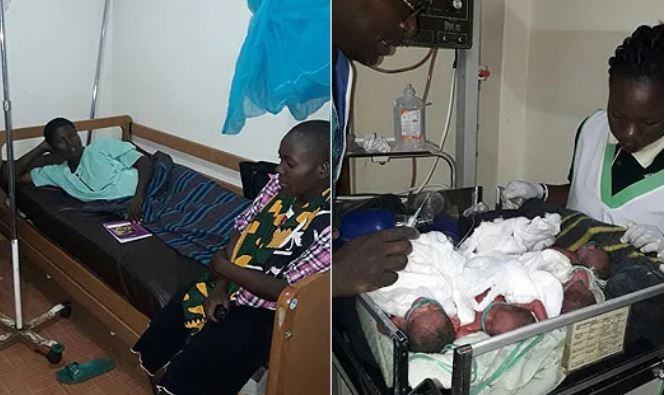 A mother’s joy was cut short following the death of all her five newborns.

30-Year-Old Jacinta Akinyi was expecting to give birth to her fifth child when she walked into Matata Nursing Home in Oyugis town Homa Bay County on Sunday. Hours later, she was holding her fifth, sixth, seventh, eighth and ninth child.

However, the first boy and the last girl died a few minutes after their birth, leaving her with only three babies who were transferred to the Kisii Teaching and Referral Hospital for specialised care.

Tragedy struck again two days later when the remaining babies- two boys and a girl- also died. Two of the infants reportedly died at around 6 am Tuesday morning while another died on Sunday night at around 11 pm.

They had been incubated at the Kisii hospital because they were born prematurely — at 33 weeks instead of the normal 40 weeks. All the five children had weighed 1.5 kilograms instead of 3.5 kilograms for a normal child at birth.

Health officials at the Kisii Teaching and Referral Hospital said the babies suffered pneumonia and other birth-related complications. Hospital matron Florence Ogero noted that the mother might have skipped antenatal visits.

Akinyi described the deaths of the babies as ‘God’s plan which I could do nothing to control’.

“We still thank God in all this. We leave all this to Him,” she told the Nation at the hospital.