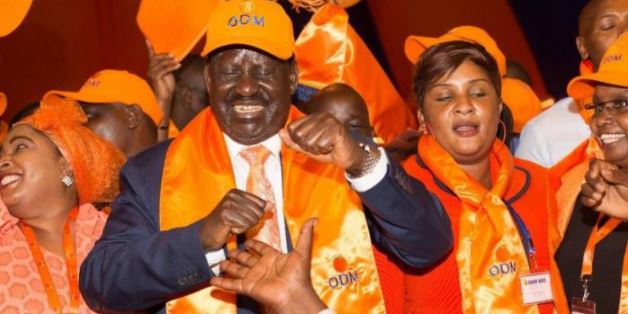 Brace yourselves for another ‘Baba While You Were Away’ kind of welcome for Opposition leader Raila Odinga.

This is according to NASA sources who say that Raila’s planned welcome on Friday will be akin to the “Baba, while you were away” rally at the Uhuru Park in May 2014 that was organized after Odinga’s three-month trip to the US.

The Opposition leader has been in the US since Tuesday last week for meetings with top bureaucrats and Congress officials, as well as Kenyans living there, pushing for support for his electoral reforms agenda.

On Monday, he flew to the United Kingdom for similar engagements.

The committee said Nasa would hold a rally at Kamukunji Grounds in Nairobi on Thursday to prepare for Odinga’s arrival.

“The rally will be a dress rehearsal for the Friday grand welcome. We welcome all Kenyans to this grand Thursday rally and the arrival party on Friday,” the leaders said.

“All these are part of our continuing journey of ensuring electoral justice and putting an end to the evil culture of sham elections with pre-determined outcomes. Together, we shall triumph,” the Nasa leaders said of the planned welcome party, and Thursday rally.