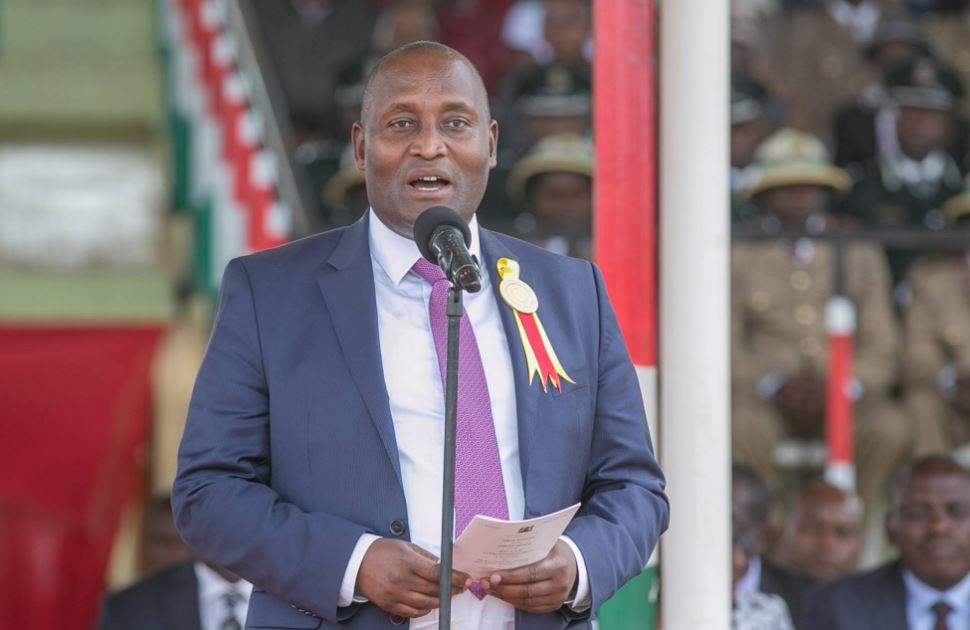 The nation yesterday woke up to sad news of the passing of Nyeri Governor Dr. Wahome Gakuru, following a grisly road accident at Kabati area of the Murang’a – Thika highway.

According to police reports, the Mercedes he was travelling in had a tyre burst and made worse by the wet road, lost control. It hit a metal guard rail which penetrated right through.

Dr. Wahome passed on at Thika Level 5 Hospital where he had been rushed.

Deputy President William Ruto led a huge national and county government delegation that made its way to Lee Funeral home, and confirmed that indeed the governor was no more.

I have learnt with profound shock of the death of the Nyeri Governor, Dr Wahome Gakuru, following a tragic road accident at Kabati. My family and I, and the National Government send our deepest condolences and sympathies to the late Governor Gakuru’s family and his Nyeri constituents.

Nyeri and the country have been robbed of a great promise with the demise of Dr Gakuru, a committed, visionary and tireless leader. Governor Gakuru was a great leader and an action-oriented man who – upon his victory in the August 8 election – did not waste time but embarked on serving the people of Nyeri with diligence and commitment. We grieve with all of you.

I encourage the governor’s family, friends and the entire county to take comfort in the solidarity of Kenyans, and not to lose hope in the face of tragedy. I remind them that from time immemorial, Nyeri has seen trying times and prevailed. Even at this incredibly sorrowful juncture, Almighty God will come through, and we shall find peace.

Let’s stay strong and keep the faith. May God give us solace, assurance and peace.

Loading...
All The Trending Images This Wednesday < Previous
Romantic PHOTOS of Mwai Kibaki Jnr and His Hot Girlfriend As They Celebrate 6 Months Together Next >
Recommended stories you may like: