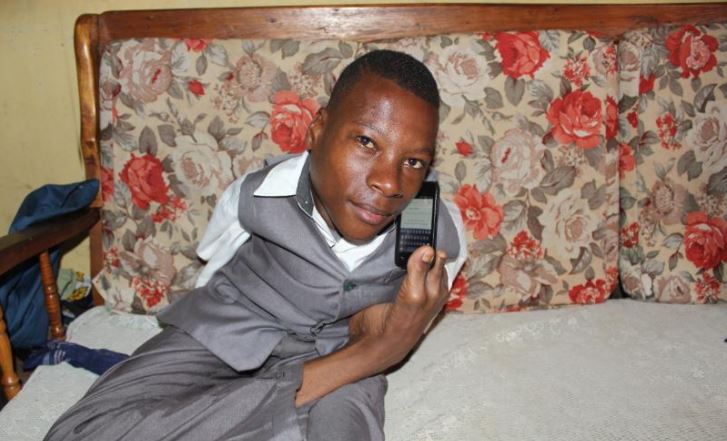 A 21-Year-Old disabled man whose photograph during the October 26 repeat presidential election went viral has received an early Christmas from President Uhuru Kenyatta.

John Gichuhi Macharia, who was born without both upper limbs, caught the attention of State House after his plight was highlighted on social media platforms.

Last week, a delegation sent by President Kenyatta to Macharia’s home, led by Transport Cabinet Secretary James Macharia and Murang’a County Commissioner John Elungata, found the young man in his rented single room that is tucked deep in Witeithie estate in Thika, Kiambu County where he lives with one Stephen Wambua, who is his friend and caregiver, although he also has a physical disability.

Macharia, who survives on donations from well-wishers and his local church Rescue Mission Centre explained that his dream is to own a cosmetics business.

“What I want is a shop that is able to accommodate cosmetics, a salon, a barber shop and a cyber café and all I need is capital,” he said. 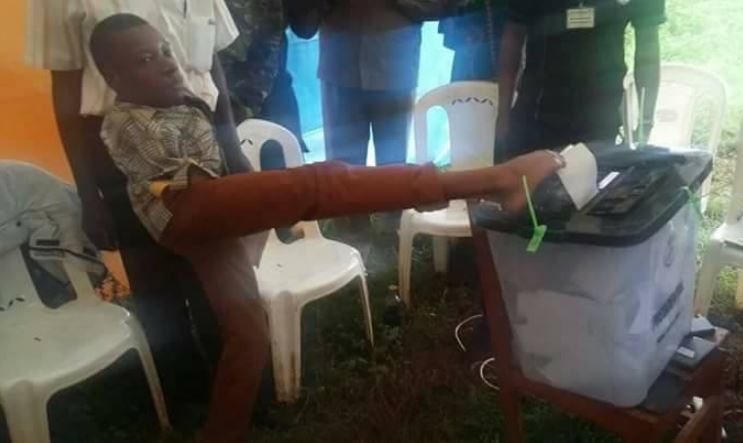 For his resilience in carrying out his civic duty, President Kenyatta has committed Sh3 Million to help him start the business.

“John has shown remarkable resilience in serving his nation, a great example to our youth to serve their country.

“Youth agenda is key in President Uhuru Kenyatta’s leadership, he has committed to economic empowerment of the youth by expanding youth in national development and guarantee 30 percent of all appointments, projects, and budgets,” CS Macharia said.

The young man, who was diagnosed with multiple physical disabilities and asthma at birth, has promised to prudently use the funds donated by President Kenyatta to improve his life.

Although he was born in Murang’a County, he was brought up in Thika by his father.

“This is a dream come true. I did not believe that a young man like me with no arms could be noticed by the most powerful person in Kenya.

“I sincerely thank him for this gesture and promise to utilise the funds prudently,” an excited Macharia told Nation.

Macharia has a diploma in computer applications and is able to use his legs to write, eat, type on a computer and drive a car.

He told journalists that the cabinet secretary had pledged to get back to him once the plans are complete.

“He told me that he received a call from the president asking him to find my whereabouts and that they want to help me get a good residence and a reliable source of livelihood,” said Macharia.

Watch a video of how he voted below.