“My Pastor Raped Me When I was 14 and Gave Me Sh400”..The Story of a Multiple Rape Survivor 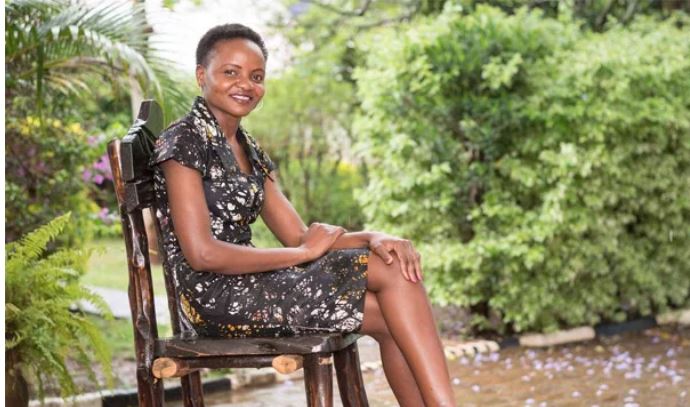 Terry Wafula, 27, was sexually abused at the age of 14. Since then, she has been sexually molested, raped and exploited.

She shares her story with Saturday Magazine.

“I was born in Nairobi and raised in Busia County. My father worked in the insurance sector in Nairobi while my mother was a stay-at-home wife in Busia. I was the last born of her four children.

“My life took a nose dive in March, 2004. I was a KCPE candidate and this was the month all candidates were scheduled to pay for their KCPE registration. My mother borrowed Sh600 and travelled to Nairobi to fetch my exam fees and our sustenance money from my father. By the deadline date, though, she had neither returned nor sent any money. I was set to be disqualified from that year’s exam when one of my teachers volunteered to settle my Sh400 balance and ask for a refund when my mother returned.

“A month later, my mother had not returned. I decided to ask for money from my relatives to refund my teacher. They all said that they didn’t have any cash.

They blamed my mother for abandoning us in pursuit of my dad, who already had another family in the city. I feared that my teacher might get angry and embarrass me and my mother in front of my classmates, so I decided to seek help from our church pastor.

“I held him in high regard. He would lock himself up in church and pray for hours. He spoke in tongues and helped the poor in the village. I was confident he would help me too.

“I went to his office and narrated my problem. He told me not to worry. He then told me to stand up. He walked from his chair and stood behind me.

He first held my shoulders and then started touching me inappropriately.

I was confused. I gathered courage and whispered, ‘Stop it, you are a pastor!’ He retorted, ‘Yes, but I’m also a man. If you co-operate, I will give you everything you need. I’ll even educate you as long as you don’t tell anyone!’ He then asked me to go and take the money I needed from his house the following day. Naively, I went. He raped me and gave me Sh400.

“In December that year, he lured me to his house again, raped me and gave me Sh1,000 to buy a Christmas gift. I reported him to a lady who was a senior church member. She did not believe me, and instead told the pastor that I was soiling his reputation.

The following Sunday, in the middle of prayers, the pastor announced that God had spoken to him and warned him that a girl acting on the instructions of the devil was trying to ruin his ministry. From that point on, I was castigated by everyone at the church. My friends didn’t want to associate with me. No one believed that the pastor was a rapist. My mother even told me to go to church and apologise to him. I refused.

“I scored 275 points out of 500 in my exam, and an organisation known as Trinity Fellowship, sponsored me. I went to St Cecilia Nangina Girls High School where I sat for my KCSE and managed to score a mean grade of C Plain.

“In 2011, I was working as a house-help in Nairobi. In mid-June, while my employer was away at work, his son pinned me down and raped me. I conceived from that episode and told my employer that his son was responsible. My boss asked me to procure an abortion but I refused. He claimed that no one would believe his son had raped me down because he was in high school. He gave me some money to cater for my maternity bill, kicked me out of his house, and told me it was for the best if I just moved on with my life.

“In February 2012, I gave birth to my son. I was living with my sister at our brother’s place in Nairobi. I was desperate. I had no job, I was in emotional pain, and in the middle of healing childbirth-related complications.

“Two months later, a friend of my sister told me that there was a guy who had spotted me and was asking if we could explore the possibility of starting a serious relationship. I was reluctant. I ‘Not all men are bad. Visit him and you’ll see!’ my sister’s friend said. He offered to cook for me at his place one afternoon and I agreed to go, leaving my baby with my sister. Perhaps he was a good man, I thought. Shock on me!

“Once I got to his place, he locked the house and dragged me to his bed. I protested but he said that it was natural for any girl visiting a man to offer sex. I tried to fight back but he was too powerful. He had his way with me numerous times until the following morning when he gave me Sh200 to take a matatu home.

“From that day on, relating with men became a problem. I feared and saw evil in all of them. I kept my rape incidents under wraps for fear of being judged until I joined a group of sexually violated single women. Today, I’m glad that I am free from the depression and trauma that previously engulfed me. Recovery hasn’t been easy. I thank God, though, that I have a supportive circle of friends, on whom I lean on. Currently, I’m looking at pursuing professional counseling because I believe it will help me reach out and help women and girls who have suffered the same ordeals that I have.”

Loading...
Everything You Need to Know About YouTube Comedians Seth Gor and George Kimani < Previous
“Bahati is Broke and Used My Money to Wed Diana Marua,” Singer’s Accuser Next >
Recommended stories you may like: