“My Ex-Husband Literally Ironed Me for Protesting His Drunkenness”..The Inspiring Story of a Gender-Based Violence Victim 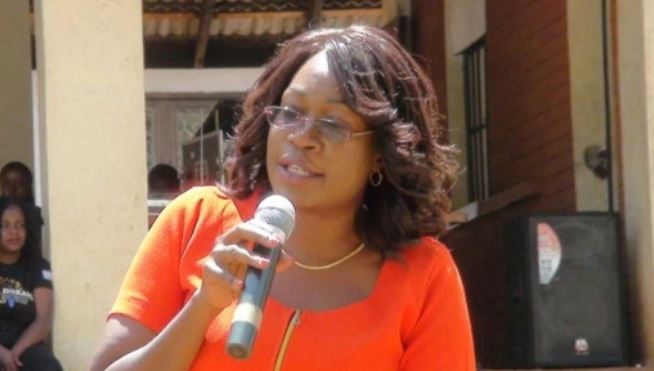 Betty Adera is 44, she shares her story of having an abusive man and the reason behind her initiative to help women and promote peace.

She walked out her 18-Year-Old marriage citing lack of happiness, adultery, and domestic violence.

I was born and raised in Wouth Ogik village in Migori County. As a sixth born in a family of eight, I was daddy’s girl, though we are five girls in the family.

His death in 1986 when I was in class seven was a big blow because nobody was there to shield me. My primary school teacher mum had to shoulder all the responsibilities after my dad’s death.

I finished my primary education at Aga Khan Primary School in Kisumu, from where I proceeded to Kenya High School and later the University of Nairobi for a degree in social work and community development.
Why did you walk out of your marriage?

For a woman to walk out of her marriage, she must have gone through a lot. I was never happy during the 18 years I was married. Violence and insults were the order of the day in the home.

The scars on my thighs and back tell more than words can describe. At one point, my husband literally ironed my body when I protested his drunkenness. One day, he punched me so hard in my left eye till a vein burst and I had to be flown to South Africa for medication, that’s why I wear glasses.

To make things worse, he would sleep with women, including my friends, relatives, and neighbors – in our matrimonial bed. Eventually I couldn’t take it anymore and had to run away, otherwise, he could have killed me.

But what of your parents, why didn’t they intervene?

I went back to my parents so many times to escape the abuse. But my mum was the conservative type. She believed that it was a woman’s duty to make the marriage work and would always advise me to “hang on, things will change.” My in-laws, on the other hand, feared that I would emasculate their son because I was more learned.

What really inspired you to venture into peace advocacy?

Being a victim of gender-based violence, I decided to speak to women who are going through a similar ordeal. But the turning point was the 2007-2008 post-election violence. I was caught in the middle of the skirmishes in Kondele, Kisumu.

I couldn’t stand to see innocent women and girls being raped, killed and tortured on the basis of their ethnicity. I took the risk and hid two women in my house for two days and later drove them to the airport where they were flown to Nairobi.

On my return, I found rowdy youth in my compound ready to set my house ablaze because they got a wind I was hiding the women there. It was a scary experience.

What about your ‘I am 4 Peace’ initiative?

It’s been two years since the launching of the initiative to speak for the voiceless and seek justice for victims. We also offer training to empower women and girls and pay fees for those willing to return to class. We mainly cover Dandora, Mathare, Kibera, Korogocho, and Babadogo.

What was the worst case you have ever handled?

While campaigning for peace in Kamukunji a year ago, a woman approached me and her story was horrific. She was forced into marriage at seven years following her parents’ death in 2007. Her husband who was three times her age would reportedly rape her together with his friends. She was worried that her daughter was now turning seven (while she’s just 17 years old) and feared that her husband could sexually abuse her.

So, how did you help her?

After a lengthy talk, I took her to train for hairdressing course and now she is independent and her daughter is in Class One.

Do you think you have achieved what you set to do with your initiative?

Far from it. I am just one person and there’s so much to be done, so many women who need help. I don’t have sufficient resources to fully fund the initiative since I don’t have any donors I work with.

But there are achievements you can be proud of?

Oh, definitely. We have been involved in so many interventions that I have already highlighted.

I have also been able to rehabilitate over 100 women who were hooked on drugs, through counseling, and trained them on marketable causes to enable them to sustain themselves economically, including providing capital to help them start small businesses. I am also currently training over 50 women in different colleges to empower them.

What’s your objective for the women you help?

I want them to be independent, empowered, to know and fight for their rights.

Loading...
Funny Posts by Kenyans on Social Media to Take Away Those Monday Blues < Previous
“My Husband Proposed Under a Tree in Second Year,” Agnes Zani Recalls Campus Years at UoN Next >
Recommended stories you may like: